You may be looking for Fantasy, a Star Trek: TOS zine.

From Southern Enclave: "New media-oriented zine featuring both original universe and existing universe/prose/poetry/scripts starring your favorite actors/actresses - AND - yourself! This is your chance to write yourself into a story and appear in the illio! We encourage it!"

The editorial in the first issue:

Nothing is as real as fantasy.

We can't recall when we first disappeared into our fantasies, but it surely began long, long ago. Little boys played soldiers and little girls played mothers. Then that wondrous, wonderful creation of media somehow sifted into the fertile Imagination of youth and the fantasies took on a more elaborate look: boys were playing Darby's Rangers and fighting along side of James Garner and Edd Byrnes, or they were wearing buckskin jackets and raccoon-caps and exploring the great backyards with Davey Crockett, thanks to Walt Disney. Girls were dreaming of being carried off by a swashbuckling Robert Shaw In the Buccaneer or rescued by a dashing Roger Moore as Ivanhoe, or they were wearing fringe and toting plastic sixshooters like a TV Annie Oakley. Changes began, inside and out, and with the changes came new fantasies in which to revel.

Teenage boys dreamt of being James Dean and playing guitar like Eric Clapton and singing like Paul McCartney. They let their hair shag down and jeans became the uniform of the day—every day. Teenage girls cuddled themselves in dreams of being in the arms of Mick Jagger or playing love scenes opposite Paul Newman. They donned miniskirts, white vinyl boots and bought every imaginable English Beat magazine the local newsstand carried. The world became a rock and roll paradise where people believed in love, peace, music and freedom. Fantasies seemed so much more precious when the awesomeness of VietNam struck...it was someplace safe to run and hide in until the war and protesting were over.

Then, for a little while, for some of us, the fantasies had familiar faces—not famous ones—but nice faces with gentle eyes and maybe crooked smiles. We touched earth long enough to fall in love with tangible people and for a brief moment in the flurry of passion and weddings and having babies and getting through college, the most wonderful thing in the world was the reality of having a fantasy come true. Days became more mature and responsibility settled in and little by little, the time for dreaming of special places and people returned—there to remain always.

The world of our many medias exploded in something called Star Wars, and young men dreamt of faraway planets and piloting spaceships, breaking through time portals and rescuing princesses. They embraced the philosophy of Ben Kenobi; they took to wearing knee-high boots and black vests and blasters; they became scoundrels. Young women once ogam looked to be caught up in the stars and in the arms of a Corellian with an engaging smile. They wore flowing, hooded costumes in white and curled their locks into funny-looking braids; they collected little plastic dolls and magazines; they went to conventions. With the advent of Star Wars, came a flow of fantasies - rich and full—taking form and flesh, breathing and becoming a part of daily life.

Fantasy! We all belong here. We dream of fighting dragons on chargers of white, caught up in the magic of an Excalibur world. We solve only the most difficult of cases brought into the office and there's no Laura Holt to keep us from the seductive allure of Remington Steele. We've wept long into the night when Spock was taken from us; we've always known we were that special someone who would break down his Vulcan stoicism and make him feel passion, and now our chance has been robbed from us. We're aware and political; we know the world and what a scary place it can be and we can save it—we know we can. We're superheroes and heroines—even if we don't wear red tights like Ralph does. We've escaped a thousand times to Fantasy Island and lived out a thousand different stories, populating each with the faces we've lusted after, longed for and admired from movies and TV. We have fantasies even Mr, Roarke might have trouble casting; he couldn't afford our budgets! Starbuck always succumbs to our charms; we could give life meaning to a Road Warrior; we find Sanctuary with Jessica and Logan; Conan [1] wouldn't have a chance of winning over the fair Valeria when were the competition.

We become fantasies. We're beautiful and handsome, valiant and brilliant, eloquent and passionate. Our forms are sleek and strong and our eyes are ever more bright, and we're invincible fighters and famous pilots. For a young man dressed in Han Solo's traditional garb, sitting in the safety of a darkened screening room at a local con. The vivacious dark-eyed Princess Leia smiles only for him. For a woman escaping from the dregs of a mundane office and an overbearing employer, in the warm security of a movie theatre, Jason and his Ice Pirates will come into her dreams that night to carry her off to adventures in faraway galaxies.

Our fantasies take form. Drawings and paintings, costumes and replicas of ships and laserguns—poems and stories. Into each word and every brushstroke and stitch, we infuse a small bit of our dreams. Little parts of us perpetuate and enrich a dreamworld created by masters of the camera and typewriter. So often we've hesitated to let go, to open ourselves to the full enjoyment of these precious fantasies. There might be a veiled character in a story that only faintly resembles us, and most of the time we hide away our innermost longings and thoughts...we take them out in the privacy of our minds or our bedrooms, there to be free, truly free in lands so much better and exciting than our little world of nine-to-five and feeding the kids and putting up with insensitive boyfriends, catty girlfriends and grouchy parents. Sometimes the world's a prison where the only escape is fantasy. Sometimes fantasy is the only place you don't cry or feel alone.

Within these covers are fantasies. Handle them carefully, they're fragments of lives some of your friends in fandom have treasured and created. Come into the dreams of people like you—like us. Maybe...maybe part of you is reflected here, too; maybe you've shared the same adventure, fallen asleep in the same strong arms, laughed at the same wonderfully strange happenings. Maybe you've dreamt of...tell us...share with us...

Here you can be all you've dreamt you can be...no one will laugh at you, no one will smirk, no one will tell you what you want is impossible...here your fantasies take form and breath and come to life and for once you have the pleasure of seeing yourself come to life in a world of your making.

Turn down the lights and turn up the soundtrack album you're playing. Let the world outside foil away and allow yourself to float into places far more entrancing, more exciting, more...believable. Let the stars come around you like a blanket...feel the freedom of riding the wind...enjoy the sensation of someone's warm touch on your fingers, someone of your fantasies... This is what's real...and we all know that nothing is as real as fantasy. 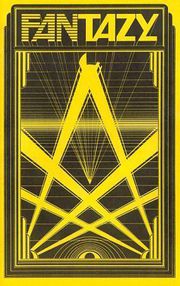 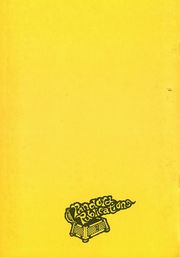 Fantazy 1 was published in May 1984 and contains 65 pages. The art is by Barbara Fister-Liltz.

There is no table of contents, so some of these fandoms are a good guess (or no guess at all). 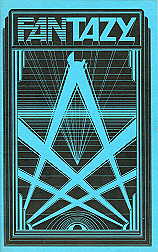 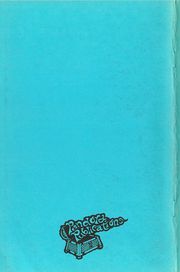 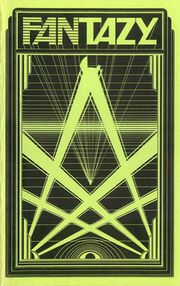 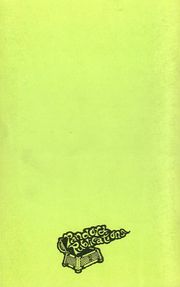 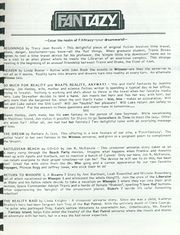 flyer for issue #3, found in the back of Southern Seven #1, click to read summaries 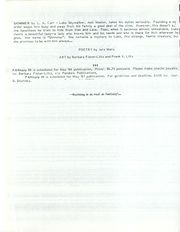 Fantazy 3 was published in 1986 and contains 86 pages. There is no hand-drawn art; instead each story is illustrated by a photo or photo collage, and some of them appear to have either an original character or the self-inserted fan portrayed.

“Enter the realm of FANtazy – your dreamworld!”

NOTE: this story appears on the flyer but isn't in the zine: