WARPed MIND is a Star Trek: TOS club newsletter for a club out of Boston.

It ran from September 1973 to Autumn 1976, then became Son of WARPed MIND under new management. A few issues have "Warped Mind Junior" on the front page but this doesn't appear to have anything to do with the title change in March 1977.

A Bit of History

The first issue was photo offset and cost half the treasury. After that we went to mimeo via Nesfa then on to the Galileo nth, our own mimeo. When Galileo died (oh, Harry 'Hal Clement' Stubbs named it) a horrible death in a mass of black mimeo ink we went to photo offset again. Volume II number 14 marked the beginning of the sole use of photo offset for WARPed MIND. [1] 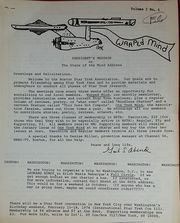 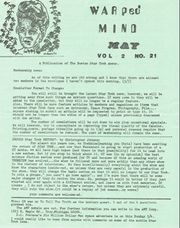 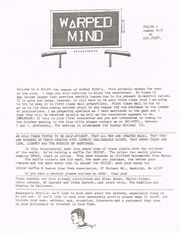 treasury report for July 1975, "OTM" stands for One Trek Mind 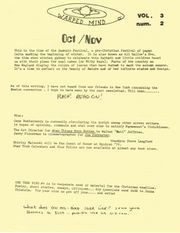 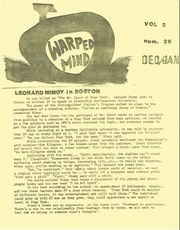 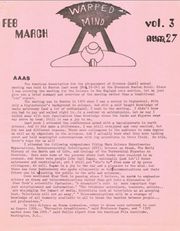 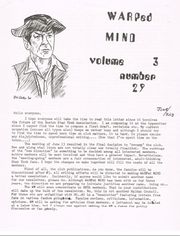 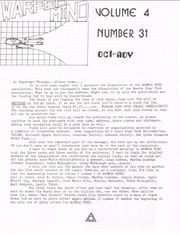