Bessyboo is a cosplayer, podficcer, and vidder. She has also been involved in organizing a podfic convention, Podfication, and has modded challenges such as the Informal Twitter Podfic Exchange.

On 2021-05-02, forzandopod posted a Dreamwidth post titled so we need to talk about bessyboo...., in which they accused bessyboo of serial emotional abuse of her friends and roommates. In response, many people came forward in locked twitter threads and discord chats to talk about how their experiences with bessyboo reflected this and discussing how to move forward from here, especially considering bessyboo's BNF status in the podfic fandom. As of 2022-02-16, bessyboo hasn't responded publicly.

Podfics and Other Audio Fanworks 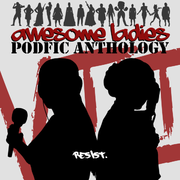