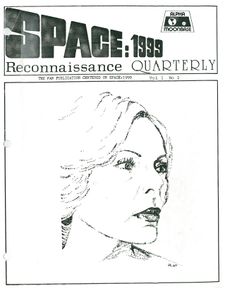 Barbara Bain is perhaps best known for the roles of 'Cinnamon Carter' in Mission: Impossible and Dr. Helena Russell in Space: 1999.

She is the winner of three consecutive Emmy awards for her role of 'Cinnamon Carter' in Mission: Impossible

Additionally, Bain played roles in other fan favorites, including the Harlem Globetrotters on Gilligan's Island and Savage.

She was reunited with her co-star from Space: 1999, Barry Morse, when they performed a production of A.R. Gurney's Love Letters in Culver City, California at the Breakaway convention on September 11, 1999, produced by Robert E. Wood and Anthony Wynn.

When the actors separated, the clubs also split into separate entities: Barbara Bain International and The Martin Landau Aficionados. Jointly and separately, the clubs were in existence for more than 25 years.

A large number of fanzines contain stories, commentary, and artwork of the various characters Bain played on television, including Cinnamon Carter (Mission: Impossible, Gail Abbott (Savage), and Dr. Olga Schmetner (Harlem Globetrotters on Gilligan's Island). Specific titles that contain stories featuring the character of Dr. Helena Russell in Space: 1999 include Everything Yet To Be, The Alpha Files, and Moonscape.