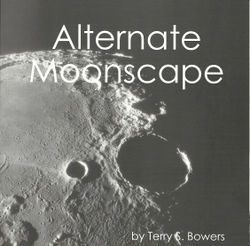 Terry S. Bowers is a fan author whose works have appeared in numerous Space: 1999 zines and also published electronically. Her work has been included in such publications as The Alpha Files, Moonscape, and Alternate Moonscape.

Bowers was drawn to writing in the Space: 1999 universe as she became aware that relationships needed to be explored in more detail then they were on the show. She started writing not long after watching the first episodes featuring Moonbase Alpha and its inhabitants in 1975. For over four decades, Bowers has been an enthusiastic series supporter and frequent convention committee member.

She holds the distinction of being one of Space: 1999 fandoms most prolific authors. Additionally, she writes in other genres and has also penned stories based on Mission: Impossible and the Harlem Globetrotters on Gilligan's Island, commonly referred to as "J.J. and Olga" stories.

Bowers served as Vice President and Editor, then President of the joint and individual fan clubs for actors Barbara Bain and Martin Landau.

Originally called The Landau/Bain Fan Association, the group published quarterly newsletters. They were initially entitled "Mission: 1999", then changed to The Landau/Bain Concordance.

When the actors separated, the clubs also split into separate entities: Barbara Bain International and The Martin Landau Aficionados. Jointly and separately, the clubs were in existence for more than 25 years.