I am the author of The JWL. 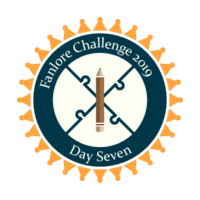 My all-time favorite movies include A New Hope, The Muppet Movie, Superman (1978), Superman II, Splash, Grindhouse, This Is Spinal Tap and Monty Python and the Holy Grail.

My favorite musicians include Frank Zappa, The Beatles, Ramones, Pink Floyd, The Who, Elvis Costello, Neil Young, Kiss, The Insane Clown Posse, Metallica, Motorhead and many others.