Timecon was a multifandom convention held in San Jose, California between 1984 and 1992. 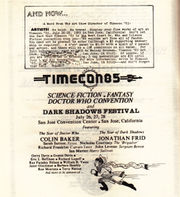 In 1991, the con hotel required attendees to sign a contract of rules in reaction to what the hotel felt to be inappropriate behavior by guest the previous year. The list of rules and expectations was lengthy; many con attendees expressed their extreme dislike for the sixth item on the list, which became known as "Rule Six."

It was held July 26-28, 1985 at the San Jose Convention Center. The con hotel was the Sainte Claire Hilton Hotel (Downtown Hilton). 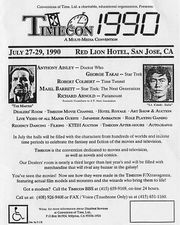