The Lawrence Awards were fan awards recognizing fanart, fanfiction, vids and websites in the Supernatural fandom.

According to the Supernatural Wiki:

"The purpose of the Awards was to collect in one place a fandom-wide recommendation list for newcomers and old hands alike; to make permanent links to fan favorites widely available.

All nominations and voting was done by fans. There was no independent judging. All nominees, runners-up and winners were planned to be available on a permanent basis from the site to encourage linking.

The Lawrence Awards was planned to be an annual event, but only ran in 2006."[2]

Read more information about the rules and categories.

The majority of fans were enthusiastic about having their own Supernatural awards:

"Just the other day I was wondering why there didn't seem to be any award comms in SPN anymore, and whatever happened to the Lawrence Awards, and then I saw the SPN Oscars pimped on my Flist. I think Awards in fandom are an awesome idea which make the fandom more accessible to newbies, and the more people who participate, the more representative it is of the fandom. So, uh...Go there! Participate!"[3]

"Once upon a time, there was this fabulous site that had links to a whole bunch of Truly Fabulous Stories that had all won Lawrence Awards for fan-fiction writing. I have no idea if this award is still running, but I would dearly love to have links to those stories again. Does anyone know what I'm talking about and where I might find these stories collected?"[4]

but a few readers and authors expressed reservations:

"So the nominations for The Lawrence Awards are now up. There are a huge number of nominees in each category which inevitably means that the quality varies wildly. I confess to not being as excited about the project as I first was. I can't help but feel that no matter who wins the winners list won't be entirely representative of the best fanfiction that the Supernatural fandom has to offer. This is for two reasons. Firstly, a large number of authors have declined participaton (sic) because they dislike the concept of declaring one story to be the "best" and also because they want to avoid the fallout that will inevitably occur when the winners list is released. There are some brilliant stories up for nomination but there are also some extraordinarily weak ones. If one of the weaker stories wins - well madness will surely ensue. Secondly, an author can only have one work nominated per category- which has resulted in a number of superb stories being ruled ineligible including the insanity of maygra's False Comforts series being ineligible for best overall slash story."[5] 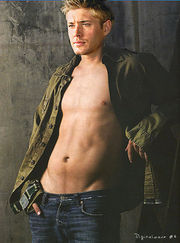 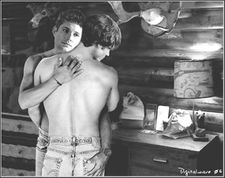 Do Not Go Gently by digitalwave, nominated for Best Erotica