From Fanlore
(Redirected from James T. Kirk (2009))
Jump to navigation Jump to search

The alternate timeline version of James T. Kirk is a lead character in the Star Trek (2009) film.

His canon background differs from that of the original series' Kirk in many ways, most notably in that his father, George Kirk, died minutes after Jim's birth while saving most of the crew of the U.S.S. Kelvin, a ship George was captain of for less than 15 minutes. Growing up in his martyred father's heroic shadow turned Jim into a rebellious rule-breaker with an issue or two with authority. 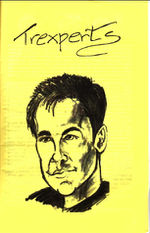 As with Star Trek: TOS, Kirk/Spock is a popular slash pairing in the fandom. Kirk/McCoy is also a very popular ship.