Indian Summer and Other Seasons 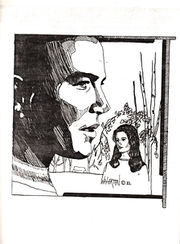 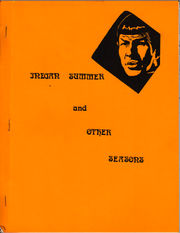 Indian Summer and Other Seasons is a het Star Trek: TOS 86-page anthology of stories by Ellen M. Kozak and Jelica Ranelle. The art is by Carol Waterman.

The writers note that "this fanzine contains sexually explicit material and should not be read by those who might be offended thereby."

All stories and poems, aside from one, appeared previously in other zines.

The many people who have requested this zine have finally forced it into existence... Special thanks are due to special people. First, to Susan Sackett for being so enthusiastic about 'Indian Summer' that she lost the paperclip. To David Gerrold, who accepted it as 'professional,' to De Kelley and Steve Collins, who wrote encouraging words, and to Shirley Maiewski, who has always been there... To Carol Frisbie, who prompted 'Requiem,' and to Sondra Marshak and Myrna Culbreath, who provided a first exposure to zines, to Johanna Cantor, for her superb editing skills... to Jacqueline Lichtenberg for her acceptance and suggestions, and all the good times in a room full of fen and manuscripts.

See reactions and reviews for Paterfamilias.