In 1987, Stillwell landed the job of production assistant on Star Trek: The Next Generation. He spent the next two years running errands for producers, directors, writers, actors and various studio personnel involved with the hit TV series. In 1989, he was promoted to script coordinator for the series, working under Executive Producer Michael Piller to coordinate the typing, proofreading, printing and distribution of Next Generation teleplays and script revisions. 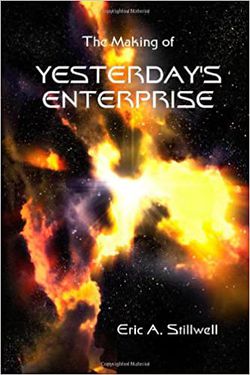 Memoir by Eric A. Stillwell

Stillwell teamed up with Trent Christopher Ganino in 1989 to co-write the story for Yesterday's Enterprise, a third season episode which featured the return of Tasha Yar (Denise Crosby). The episode was nominated for three Emmy Awards and won in the category for Technical Achievement in Sound Mixing.

"Yesterday's Enterprise" has also been voted by the readers of Starlog Magazine as the most popular episode of the series (1993); ranked as the single most popular one-hour installment of the series in a nationwide viewer's choice marathon (1994); was chosen by the readers of TV Guide as one of the top five all-time Star Trek episodes (1996); and was chosen by viewers in the U.K. as the number one Star Trek episode of all time (1996). The California Lottery even featured the USS Enterprise-C from the episode on one of six Star Trek scratch-and-win lottery tickets in 1996.

During the series hiatus in 1991, Stillwell also worked as an extra on Star Trek VI: The Undiscovered Country, playing one of the numerous background Klingons in the trial scene of Captain Kirk and Dr. McCoy.

In 1994, Stillwell teamed up with David R. George III to write the first season Star Trek: Voyager story entitled Prime Factors. The episode was nominated for "Best Dramatic Hour" by the Sci-Fi Universe Awards in 1995.

Stillwell was hired as an off-camera "typing" extra in 1998 for a scene in the Star Trek: Deep Space Nine episode Far Beyond the Stars, directed by Avery Brooks. He also shares a story credit on The 34th Rule, a DS9 novel written by David R. George III & Armin Shimerman (Quark), which was released in 1999. To date, the book is one of the best-selling DS9 novels ever published by Pocket Books.

The Making of Yesterday's Enterprise

Stillwell wrote a memoir detailing the making of the popular Star Trek: The Next Generation episode Yesterday's Enterprise, with background on his involvement in fandom and the franchise. It was published by Lulu Press in 2007.

An interview with Stillwell was published in the 2012 collection Conversations at Warp Speed by Anthony Wynn, published by BearManor Media. 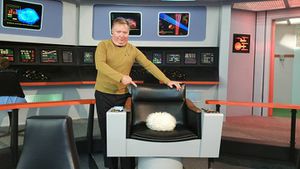 Eric A. Stillwell with a Tribble.

Stillwell became an avid Star Trek fan in 1974, as he was still a toddler when the original series made its network debut in 1966. His family was stationed at Mountain Home AFB, Idaho, when he petitioned a local TV station in Boise to keep reruns of Star Trek on the air.

Stillwell's bio appeared in the con program booklet for Trekkon '83 in February 1983:

"Eric was three years old when Star Trek first appeared on prime time television in 1966. Today Star Trek is a seventeen-year-old phenomenon and Eric is president of one of its biggest fan organizations.

Starfleet was officially founded in the fall of 1981 under Eric's direction. The club received its non-profit status from the IRS and immediately opened up a business account and post office box in Eugene, Oregon. Starfleet's success during the last year and a half has been staggering. With no money at the start, Starfleet has grown by more than 700% and has quickly gained notoriety around the world. The club gained nearly 2000 members immediately following the release of Star Trek II and "1983 promises to be even better."

In addition to the administration of Starfleet, Eric also attend the University of Oregon and plans to major in Political Science. In his spare time he works part-time as a cook in a Eugene family restaurant. Eric predicts that, "1983 will be an excellent year for Star Trek fans everywhere," and he can hardly wait for the release of Star Trek III this December."

From 1980 to 1984, he organized and administered the international fan club Starfleet, which is still in operation today with several thousand members around the world. The Guinness Book of World Records recognizes Starfleet as the world's largest science fiction fan club.

Stillwell founded Horizon Conventions, Inc., a California corporation in 1994. In its first nine months of operation, the company raised over $10,000 for various charities, including the Make-A-Wish Foundation. In 1995, Stillwell co-produced the biggest convention ever staged for Star Trek fans. The event, held at the prestigious Royal Albert Hall in London, England, sold out 10,000 tickets two months before the show! The live event featured the entire principal cast of The Next Generation and producer Rick Berman, and coincided with the London charity premiere of Star Trek Generations at the Empire Theatre, contributing to the fanfare and publicity resulting in Paramount Picture's biggest-ever U.K. film opening.

In 1995, Stillwell was hired by Cruise Trek, a company that produces annual Star Trek-themed cruise vacations, to serve as emcee for on board Trek-related events and activities. He and his wife, Debra Stillwell, enjoyed the first cruise under contract so much, they returned for six more. 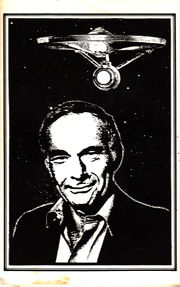 Stillwell also appeared to have been a guest of honor on the 1991 SeaTrek.