World Wrestling Entertainment[1], formerly known as the World Wide Wrestling Federation and the World Wrestling Federation, is the world's biggest and most famous Professional Wrestling promotion. The promotion broke away from the National Wrestling Alliance in 1963. It has had several TV series over the past 56 years. Currently, they have WWE RAW and WWE SmackDown Live! on USA Network, NXT and 205 Live online on the WWE Network and WWE Main Event on Hulu. They also produce movies and have other kinds of series on the Network.

Starting in the 1980s with the rise of Hulkamania, WWE had a new, younger audience and reached out to them in ways that had never been seen before in wrestling. These included action figures, ice cream bars, and a Saturday Morning Cartoon (Hulk Hogan's Rock 'N' Wrestling). As the Eighties gave way to the Nineties, the success of The Rock N' Wrestling Connection was followed by years of decline with the wretched New Generation Era with the Kliq's (Shawn Michaels, Diesel [Kevin Nash], Razor Ramon [Scott Hall], The 1-2-3 Kid [Sean Waltman] and Hunter Hearst Helmsley [Paul Levesque, aka Triple H][note 1]) backstage reign of terror. Hall and Nash left for World Championship Wrestling in May 1996 to launch the New World Order, which led to WCW Monday Nitro defeating WWF RAW in the ratings for 82 weeks. This led to Vince McMahon ripping off Extreme Championship Wrestling to create "WWF Attitude." The Stone Cold Steve Austin-McMahon feud enabled Raw to finally surpass Nitro in the ratings.

WWE Universe, coined by the promotion itself.

For individual wrestlers, past and present: 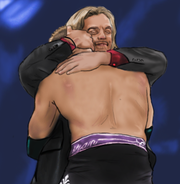 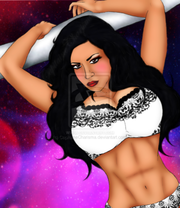