Venice Place Times is a gen Starsky and Hutch anthology.

It has a slash sister zine called Venice Place Chronicles. 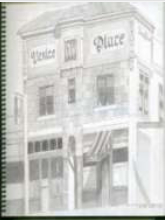 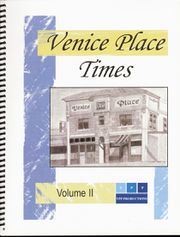 Venice Place Times 2 was published in 2002 and has 198 pages. Cover art by Rick Wilshe, cover design by D.M.K. Illustrations by Julie Henderson. Summaries are by the publisher. 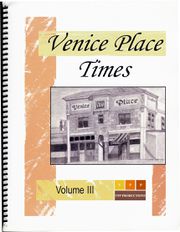 Venice Place Times 3 was published in 2002 and has 225 pages. Cover art by Rick Wilshe, cover design by D.M.K. Illustrations by Julie Henderson. Summaries are by the publisher. 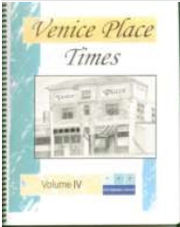 [Realignment]: I like reading about Hutch’s family and this story is completely different than any other “let’s meet Hutch’s father” story in this fandom. I absolutely love Starsky here even though it’s not a happy tale. Excellent job! [1]

Dave Starsky is just out of the army, barely scraping by driving a cab, and not sure where he's going with his life. He's had a falling out with his mentor, John Blaine, he doesn't want to impose on his relatives, but he knows he wants something better, something different than what he's got. Ken Hutchinson is in college, studying economics. He's not really excited about it, but that's what the family expects, so he's doing his best. Thanks to his friend Luke Huntley, he's taking a criminology course, and doing a ride-along with a couple of patrol cops.

One night, a gang of thieves hijack Starsky's cab for a get-away vehicle after a jewellery store robbery, and Ken notices something is wrong, and convinces the cops he's with to check it out.

And the game is on.

Minnie K does a great job of bringing in the things we know about the guys from canon, yet making them appropriate to the setting. The guys' differing tastes in clothes, food, cars are all still there, but in different forms - Hutch has a beat-up little Volkswagon, while Starsky lusts for a sports car. Starsky is dirt poor, while Hutch has some resources, though he's not rich. Starsky is street-smart, Hutch is bookish. But though they are younger, neither is naive, and the courage and determination they show is pure S&H.

Some of the themes we see regularly in canon make up the backbone of the story: crooked cops and cover-ups by members of the police department, Starsky and Hutch being on their own against the world, and above all, the trust and friendship that gets them through against long odds. Minnie K makes the speed of their growing friendship believable. By switching POV between sections, we get to see each of the guys through the eyes of the other as they get to know each other. Neither of them is quite sure why they immediately like and trust this guy they've just met under strange circumstances, but both decide to go with their gut instincts. In the end, they save each other, and the foundation is laid for future partnership.