NOT The MediaWest*Con Program Guides

The guides consisted of two legal-sized pages folded over to make an eight-page booklet or pamphlet. It was a parody of the MediaWest*Con convention booklet and would appear on the freebie table at each convention over the course of nine or ten years. No one ever claimed credit for it, though it was rumored that the issue was created when a group of fans got together at the convention itself to brainstorm topical jokes, type it up, then print it at a local Kinko's. The titles varied from year-to-year (see below.)

It seems evident that the same fans were responsible for all the guides because in ten years, they never spelled the word "calendar" correctly. Not once.

For a clue to the identity of the perpetrators, go here. 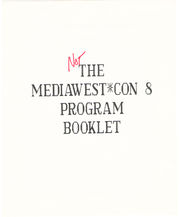 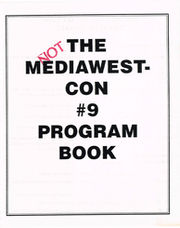 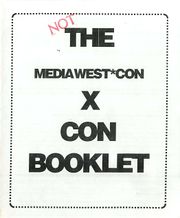 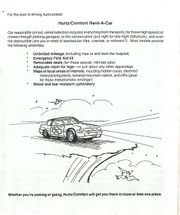 NOT the mediawest program book (1991)

NOT The MediaWest*Con Program Guide 1992 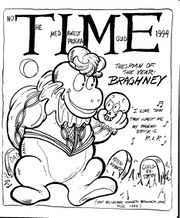 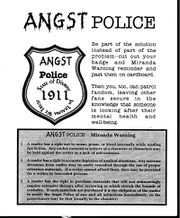 Ad for "The Few, The Proud, The ANGST Police."

NOT The Mediawest Program Guide 1994

NOT the MediaWest Program Guide 1996 ("IT'S NOT THE MEDIAWEST PROGRAM GUIDE 1996!") was credited to Susan M. Garrett and Ann Larimer: "Any resemblance to actual persons or situations, except for satirical purposes, is purely in your head, and you should probably see someone about it. Penguin Press."

This issue had a comics, Due South, X-Files, Wiseguy emphasis. 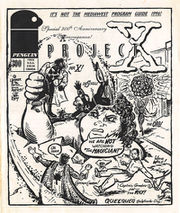 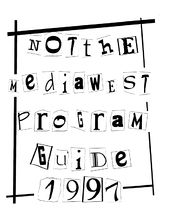 NOT the MediaWest Program Guide 1997

NOT the MediaWest Program Guide 1999 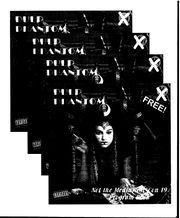 Not the MediaWest*Con Program Guide. Yes, I know these are free and only six to eight pages long. They're still the cleverest little boogers fandom's got going, with more thought and imagination and evil little digs crammed inside than most 200-plus-page monsters. Hey, Harlan Ellison is only five foot five, Dorothy Parker was five foot two. Me, I'm five

I always looked forward to picking up this publication at each year's con. They may have been distributed at the flyer tables in the early years of their existence, however in the later years you had to actually pick them up at [their] table in the dealers room -- and you were lucky to get one, as they had a very short print run! [2]