Friends and Lovers is a gen and het anthology, one that had an original focus on Remington Steele.

Description of Zine Series from the Publisher

The Friends & Lover’s Universe evolved from one simple thing; an intense dislike for the way Remington Steele ended. And from that humble beginning began what is called the Friends & Lovers Universe, so named because it took characters from some of our favorite television shows and made them friends and lovers.

Initially the universe only included Remington Steele and Scarecrow & Mrs. King. Laura and Remington met Lee and Amanda while in Washington DC looking for their missing secretary, Mildred Krebs, who had disappeared while visiting her childhood friend Jeannie, who just happened to be married to Billy Melrose.

Steele Stetson’s was published in The Eyes Have It! which is owned and edited by Jan Keeler of Wizard Works Press. In that same zine, Descoine’s Last Steele reintroduced Murphy and Bernice into the Steele’s lives, and incidentally added Perry & Della from Perry Mason to the family.

Francine Desmond and Murphy Michaels further strengthened the bond between the shows. Murph and Francine met in Denver, fell in love, married and eventually had children. The story of how they met has been published in Issue One of Friends & Lovers. More adventures are in the planning for this couple along with their friends, Lee & Amanda Stetson and of course, the Remington Steele’s.

Issue One also included the story that brought MacGyver into the universe. Compromises, set in California, explained the history of Lee Stetson and MacGyver. It also included the character Nikki Carpenter, from MacGyver. Nikki is very important to the Friends & Lovers Universe because she is the character that connects Scarecrow and Mrs. King with MacGyver. Nikki and Mac's story was also featured in Issue Three along with Echoes of the Past and Baby, Look At You Now!

Issue Two included two stories set in the Friends & Lovers universe. The Steele's and the Stetson's searched for Dotty in One of our Mother’s is Missing and in Ice Steele Stetson’s Lee and Amanda’s visit to LA is marred by a ghost from both couples’ pasts. The events in It's Eleven O'clock… in Issue Three further strengthened the friendship between the Steele's and Stetson's.

Later this year, we will add selections from Issue Four to our website fic archive including a Perry & Della relationship story, a Friends & Lovers version of Bonds of Steele, and an X-Files story that moves the Mulder & Scully relationship forward.

We have dozens of stories yet to tell in the Friends & Lovers Universe, and it seems that there are always new additions to the family. You never know who will turn up. Future fics will include Magnum PI and Hart to Hart, and Jack, and Devon from Midnight Caller. Then, what about Harm and Sara from JAG, and Jarod and Miss Parker from The Pretender, or Sam & Bailey… you see how these things happen? 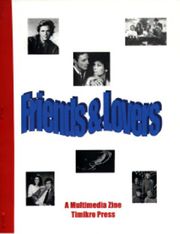 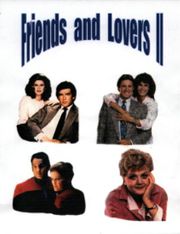 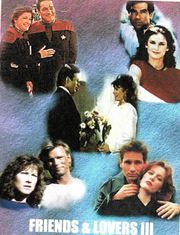 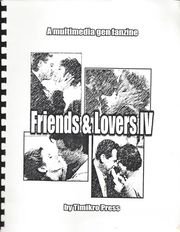 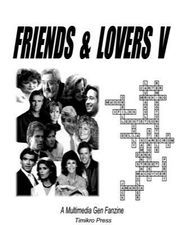 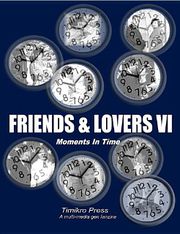