Currents is a multimedia fiction zine. There were at least thee issues.

In the third issue, the editor speculates that the fourth issue would hopefully be out in time for Worldcon 1983, but it appears this fourth issue did not occur. 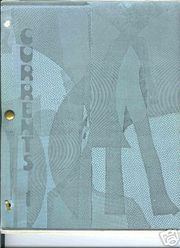 Currents 1 was published in 1979 (though written in 1974) and is 101 pages long. It is a crossover zine. It contains stories that focus on three OFCs as they interact with male canon characters.

The issue sees the first publication of the wild and wooly, and tongue-in-cheek, adventures of THE GREMLINS. These short stories should set the tone for most of the stories which will appear in this zine. Also included is a timeline for the series. The Gremlins, for those of you who will undoubtedly see similarities, were conceived of, and the first stories written, a good two years before Charlie’s Angels came on the air. The Gremlin authors were somewhat upset with Charlie’s Angels because they felt so much more could have been done with the concept than what was shown. [1]

This is a cross-universe zine featuring the men from S.W.A.T., The Six Million Dollar Man, and three 'gremlins' similar but preceding Charlie's Angels There's also a little S&H, 1999, and SW. Definitely a different zine, quite enjoyable, even if you're not familiar with all the universes represented. The diversity of content seems to be symptomatic of zines lately. [2]

This is a group of stories that revolve around three women who help major characters do their jobs. This is not to imply a Mary Sue zine, though one of the women does end up marrying T.J. McCabe. Everyone seems to show up in this collection, from SWAT to McGarrett of Hawaii 5-0, Kolchak to Starsky and Hutch, to Oscar and Steve [in The Six Million Dollar Man]. It is fairly well-written for a group effort. It is more sexual than is sometimes found, these ladies are not simpering virgins, yet the good parts are glossed over... These ladies can take care of themselves, and the knowledge on weaponry was accurate admittedly, yet there was a lack of direction. Are these sex, humor, or just scribble/let's have everyone meet everyone else stories?... For the the S&H freaks, there was not enough of the guys to satisfy one. However in the back of the zine there was a hint of a longer (humorous?) story called "Tooth Sweet' in which Hutch is bitten by a real vampire. [3]

The flyer for this zine described it as an 'experimental fanzine which will be printing stories for entertainment rather than literary merit.' The stories are certainly entertaining, and the writing is good. They were written by the Gainesville Inner Circle before it disbanded, and are parodies or pastiches of action-adventure series appearing on television during recent years. The main characters are three women who often manage to help various well-known heroes out of tight spots -- anonymously. Did someone just snicker Mary Sue stories? Nope, not these gals! The stories combined 'Hondo' Harrelson of S.W.A.T. with Starsky & Hutch; threw in Carl Kolchak of Night Stalker, along with his camera; added a pinch of Hawaii Five-0; spice up events with a smidgen of Mission Impossible -- and it works! Oscar Goldman is given a chance to prove he is an attractive male in his own right. Also I didn't realize how frightening it must be to see Steve Austin heading in someone's direction at 60 mph with anger in his eyes -- until one of these stories allowed me to experience that thing very vicariously. The zine is lavishly illustrated, many done by Pat herself. My only complain is that lack of spaces between the paragraphs. Of course, this was to cut down the number of pages; when one indentation follows on the heels of another, however, it is easy to get lost. I wouldn't mind having the price of the next issues increased a bit to eliminate this minor problem. I you decide to dip into 'Currents,' you should find it a refreshing experience. [4]

Currents 3 is undated but likely published in 1982 (the editor speculates that the fourth issue will be published in time for Worldcon 1983). It contains 82 pages. 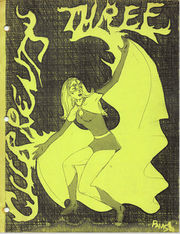 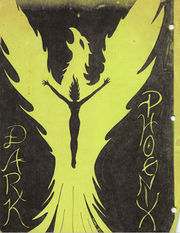