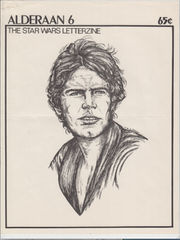 Alderaan 6 was published in October 1979 and contains 8 pages. 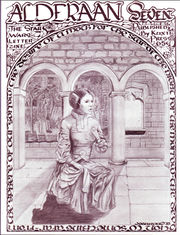 cover of issue #7, Jeff Johnston, also the cover of Skywalker #3 -- a fan comments in "Alderaan" #10: "... generally I think I preferred the cover by Jeff as it was printed for Skywalker #3, with darker shadows—somehow the darkness fit. The cover of Alderaan has the advantage of showing the background tapestry, which Itself shows considerable work and attention to detail (but why the halo on the figure to the right right of Leia's head???) [the editor interjects: "I cannot tell you where it is from. I found a book of tapestry in the reference library at the Toledo Museum of Art - That's as much as I can remember about it") A bit more work on the hands and better proportion of the lower body would help, but overall it's a good picture. You might consider putting in heavier shading on such portraits in the future, Jeff—it really adds to the atmosphere of this type, and might help with definition in other types."

Alderaan 7 is the second anniversary issue, published in February 1980 and contains 8 pages. It focuses on the character of Mary Sue. 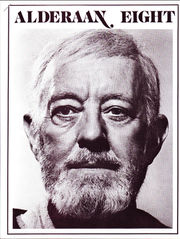 Alderaan 8 was published in June 1980 and contains 8 pages. The big topic in LoCs was reviews and their function. 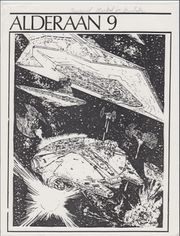 Alderaan 9 was published in August 1980 and contains 6 pages. There is more Leia and Mary Sue controversy, the first complaint about too much Han Solo in fanfiction, and contains a survey of the Star Wars fandom; the survey must have been a loose-leaf supplement, as it's not printed in the main body of the letterzine. 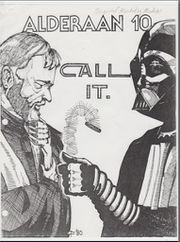 Alderaan 10 was published in October 1980 and contains 10 pages