Warriors of Gondor is a gen Lord of the Rings anthology edited by Carolyn Golledge. Art appears on Fanlore with the publisher's permission. 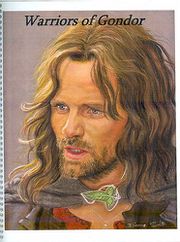 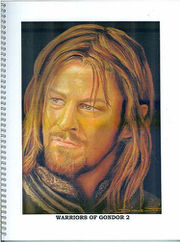 Story summaries from the publisher.

These stories are not listed in the Table of Contents in the zine sold by Agent With Style: 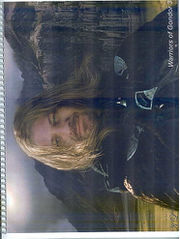 cover of issue #3 by Dianne Smith

Warriors of Gondor 3 was published in 2007 and is 177 pages long. Art by Dianne Smith, Kimi Leal, Sheila Paulson, and Aurelia. 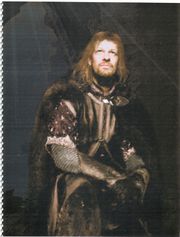 back cover of issue #4, Cactuskim
Notes from the editorial

I had planned a third story, titled 'Yule Festival' which was to detail a dance celebration the first Yule after victory. Much of what was planned for this story has since been incorporated into the epilog of 'Rapid Peril.' ... Eleanor Tremayne's stories are written in a fantasy style, she does NOT use a High Fantasy 'voice', nor does she attempt to emulate Tolkien' s style. It is treated as a vernacular translation, where the spirit of the meaning is more important than the literal translation i.e. modern profanity is used by characters who are soldiers. Heterosexual sex of a cheerful nature suggested, not graphically portrayed.

Summaries below from the table of contents page:

Warriors of Gondor 5 was published in 2009 and contains 166 pages. It is a gen anthology. See gallery below for complete table of contents, along with artist credit and story summaries. 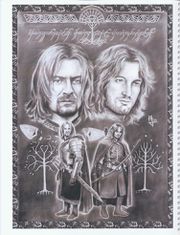 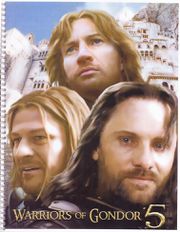 The fanzine contains numerous interior b&w illustrations. Below is a representative sample from each of the artists.