The Water is Wide 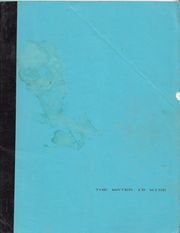 this cover has a water stain, often the fate of many fanzines of that era

The Water is Wide is a slash 57-page Starsky & Hutch novel by Valerie Dawson.

It is bound with tape and contains no interior art.

It won an Encore Award.

Author's note: "Fond acknowledgments go to the following initial, whose talents, generosities, nagging demands, and friendship the author would not part with for worlds. MCK, PW, JM, JD, CRF."

One OMC in this novel makes an appearance in Day by Day, and one chapter was originally a story in the first issue of Code 7.

Summary from an ad: "Rosie Malone comes back from Mexico with a son... is it Starsky's? A long plotty novel filled with angst and personal discovery."

The title of the zine is from song lyrics:

The water is wide,
I can't cross o'er.
And neither have
I wings to fly.
Give me a boat
That can carry two,
And both shall row,
My love and I.

I’ve never written a review, and I don’t intend to start up now, but I have to say openly how good reading this zine made me feel. Starsky’s resentment of his mother’s marriage, Hutch’s fear of being tied down again, it was all so real. Even the lesser characters were brought to life, and while we had a taste of just about every emotion, there was no particular one to dominate. I just hope Valerie is planning a sequel, because S&H weren’t the only ones wondering how they would answer Michael’s moment of realization.[1]

"The Water is Wide" was a series of stories collected in a small zine (blue cover, no art). The reason I remember it so clearly is that it is the zine that got me in to S/H. I LOVED it. It's completely non-explicit, and yet very loving [2]

There was a S/H story in CODE 7 #1 called "Souvenirs" that was pretty good. It was about Starsky unknowingly having a son by Rosie Malone. They didn't know for sure that it was his, although his name was Michael, he had startling blue eyes, and thick, dark, curly hair. In the end, it turns out that he really wasn't Starsky's, but it was interesting to see him deal with the idea of possibly having a son. He had always seen himself with children, but he had come to terms with the fact that his relationship with Hutch ended that. Then he gets used to the idea and even starts to like it and Michael turns out NOT to be his. I thought that it was a fairly well written story (the best one in the zine) and it fit the characters nicely. Of course, then they had to go and write a sequel where he really WAS Starsky's kid and it just didn't do as much for me.[3]

Got a couple of questions about an old S/H zine called, The Water is Wide by Valerie Dawson. There are 5 stories in it and one of the stories alludes to the fact that Starsky -- in this universe -- was a "rent boy" in his teens. However, this is just mentioned in one of the

stories by Hutch during a fight with Starsky. Wanted to know if there were any prequels to that zine explaining about that part of Starsky's life? Or is there a sequel to The Water is Wide about Hutch & Starsky raising Michael? [4]

I was never sure that they would have a child either, but I read a S/H novel a long time ago called. "The Water Is Wide" where Rosie Malone came back from Mexico with a son. It's been a

while, but (I think) she died and left the little boy with Starsky, who was already living with Hutch in their own home. It was a fairly complicated plot with lots of angst and personal discovery. Anyway, I came away from that story totally convinced that "yes" they could have a family and make it work. Left me warm and fuzzy as I recall. <g> Turns out the little boy was Rosie & Starsky's all along.[5]

In Valarie Ds, "The Water Is Wide" I particularly liked the way she added life to Starsky's mother. She was totally different from the image I got of her from the tiny mentions in the eps. Rebecca was strong, modern and independent. The same could be said for her husband (Andrew) and his daughter (Shauna). At first I wasn't sure I was going to like this new version of Starsky's mother, but by the end of the story I was cheering for her! [6]

Oh, I agree with the overly dowdy busybody...ewww, that's not a pleasant picture. I think one of my favourite stories with Mrs. Starsky as a fairly large part of it, was..."The Water Is Wide" by Valerie D. (Out of print zine novella.)

Mrs. Starsky is not even Rachel, but Rebecca. <g> She's far from helpless and IIRC she was seeing and eventually married Starsky's father's ex-partner. (Oy, that sounded a little soapish!) Giving Starsky a younger step-sister. Ironically just as stubborn and strong willed as his mother. She was strong, gentle, and involved in this story and I enjoy reading it from time to time.[7]

One that I was really interested in reading was The Water Is Wide and that one, [Iowa does not] have it listed as the Water Is Wide because they don't have a cover page. It is a copy edition. And so it just starts with the first, with the title of the first story in the collection. So I was really pleased when I saw that it was the whole zine and not just that first story.[8]