You may be looking for Beverlyophiles.

The Beverly File is a gen and het Star Trek: TNG anthology focusing on the character of Beverly Crusher from Star Trek: The Next Generation. It contains fiction, poetry, art and reviews of Gates McFadden's other roles. 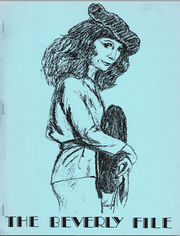 The art is by Barbara Caldwell, Kimberley Junius, Doug Griffin, and Polly Kuhne.

The Beverly File 2 was published in 1990 and contains 167 pages. One story in this issue has a response fic in New Enterprise. Another story, Lillie Deans' TNG-crew-plays-softball comedy, "How You Play the Game," provided inspiration for "Paris at the Bat" in A RanDoM Zine #2. 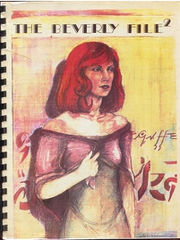 PLUS: Lots more fiction, both amusing and thought-provoking; Deans Dialogues, elevated to an art form (nine of 'em, not all written by Deans!); and some really nifty poetry.

Edited by Kimberly "so that's why your hair's so short" Junius. Cover artwork by Charles Petruzziello, interior art by Junius, Adrian Aores, Tanya Chang and anybody else I can get!" 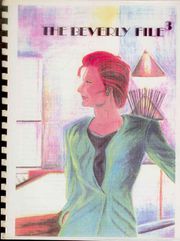 The Beverly File 3 was published in August 1991 and is 175 pages long. It contains articles and essays written by fans of Beverly Crusher ('Philes') along with fan fiction. Cover artwork by Adrian Flores. 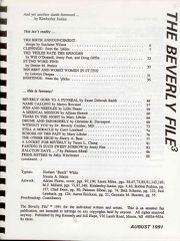