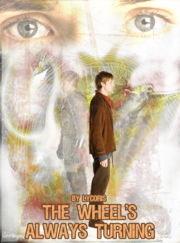 The Cover of The Wheel's Always Turning shows Arthur as a servant.

Role Reversal is a trope in Merlin fandom where Merlin and Arthur switch roles, either because they are undercover and no one is supposed to know that Arthur is the prince, or because of magic that transfers one or both of them to a Canon AU reality or they are born in that reality to begin with.

Usually the role reversal means that Arthur is (or has to pretend to be) a servant while Merlin is (or pretends to be) the Crown Prince, but sometimes it's the magic that is switched. In these stories Arthur learns what it means to be a sorcerer and Merlin has to get along without magic.