Orbit 30 is a gen Star Trek: TOS anthology edited by D. DaBinett and published in England.

From the editorial in the first issue:

This a Star Trek General Zine which I hope will cater for most tastes, and while we do have a definite Kirk, Spock and McCoy bias we have only two Editorial no-no's (a) NO Mary Sues, unless they are an absolute necessity as part of the story line and (b) no deaths of main characters - there are so many zines now that cater for this morbid taste, that I don't honestly feel we need another one (it also costs me a fortune in paper hankies!).

From the editorial in the second issue:

It means quite simply that we are in Orbit 300 years in the future, one being the first edition, two the second, etc! (to be honest I did think it was obvious... just shows, sometimes you have to dot the i's and cross the t's.)

A series with average stories. Three stood out as good: Fireflies of Agande by Simone Mason in #303 which is an adventure set after Journey to Babel. In #304, No Humans Served is an A/U story where Spock is the Captain and humans an inferior species. To Live with the Consequences by Meg Wright in #305 deals with what would have happened after Amok Time if T'Pau had failed to persuade Starfleet. [1] 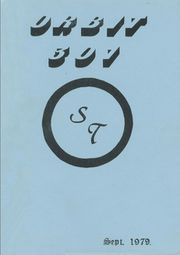 from issue #1, illo by D. DaBinett

Orbit 301 was published in September 1979 and contains 73 pages. Cover and illustrations by D. DaBinett. 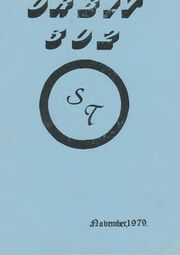 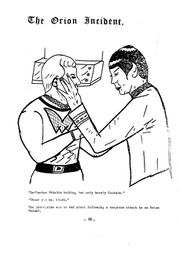 inside page from issue #2, illo by the editor

The editor writes: "There are no typing errors in this zine, only lapses into Klingonese!" 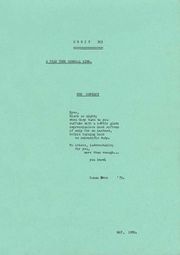 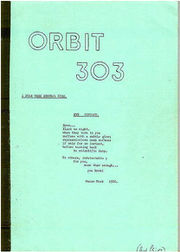 Orbit 304 was published in 1981 and contains 68 pages. Illustrations by Virginia Lee, Fiona Graves and JON. 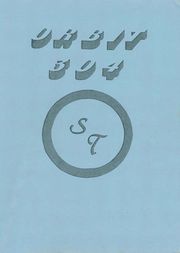 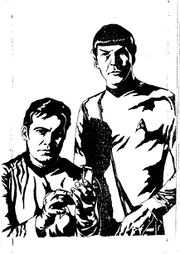 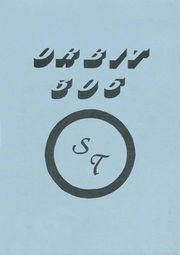 Orbit 305 was published in December 1981 and contains 81 pages, Illos by JON, and Maria Johnson.

The editorial in this zine is discussed in Communicator #5.