Gegege no Kitaro is a manga and anime franchise originating with the 1960s comic of the same name by Shigeru Mizuki. Hakaba Kitaro is an earlier version of the comic that was not as popular, but nevertheless received an anime adaption. Most Gegege no Kitaro fans are assumed to be Hakaba Kitaro fans as well, though they are officially considered different franchises. The Gegege no Kitaro fandom is extremely large in Japan and has various amounts of fans in other countries and continents. It produces many doujinshi and has a large quantity of selfcest.

Many Versions of Kitaro

There have been multiple anime adaptations of Kitaro over the years. The major series are:

Each series features a somewhat different design, personality, backstory, etc. to Kitaro and his companions. Fans often draw different versions of Kitaro interacting. This has caused them to be distinguished in different ways. In drawings, important attention to detail regarding the hair styles, vest stripes, heights, etc. are used so it is easy to tell which Kitaro is being drawn.

In addition, sometimes people draw other forms of Kitaro, like the one from the original comics or the live-action movies or his teenage/adult form, Getakichi Tanaka, from a retconned spin-off comic, but this is less common. The fandom is focused on animated adaptations.

In Japan, the different versions of Kitaro are typically referred to by the names of their voice actors, although this causes difficulty because Nozawa voiced him in the 1968, 1971 and Hakaba versions. Hakaba Kitaro is usually referred to as Hakaba, but there is no consensus on how to distinguish between the first two- or even if there should be a distinction in the first place.

The most popular ships are Kitakita, that is, selfcest of Kitaro with alternate versions of himself. The most common Kitakita ships are 1985!Kitaro with 1996!Kitaro and 2007!Kitaro with 2018!Kitaro. Interestingly, Kitakita only seems to exist in countries like Japan, China and South Korea, where Gegege no Kitaro has been watched for decades in various forms. Kitakita does not seem to exist in Western countries like the USA or Australia, where only Hakaba Kitaro and Gegege no Kitaro 2018 are legally available. So it is likely that Kitakita exists because of reboots and possibly nostalgia for earlier incarnations.

Another popular ship is Kitaneko, the pairing of Kitaro and Nekomusume. It is the most popular het ship.

The pairing of Kitaro and Nezumi Otoko is also popular. It is variously referred to as Kitanezu, Nezukita, Bibigege, Gegebibi or other names. 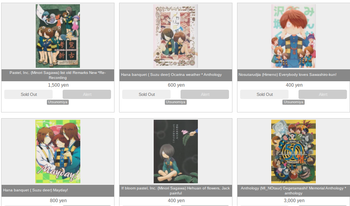 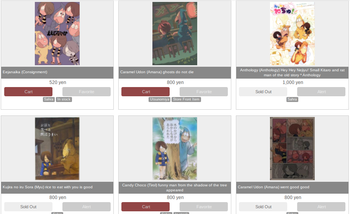 The 2018 series also sparked many yuri doujinshi and other fanworks, mostly Nekomana (Nekomusume x Mana Inuyama) and Agnemana (Agnes and Mana Inuyama). Both Nekomusume and Agnes have kissed Mana in canon, but the ships were popular even before that. In response to the episode where Nekomusume (Catchick in English) and Mana kissed, one reviewer said:

That whole episode may as well have been called “To Comiket With Love”. This reboot’s legions of otaku fans can rejoice – Catchick-Mana is officially canon. Of course so is bestiality and child-cardboard idol, but that won’t let the doujin writers pause in their celebrations. Countless doujin have already been written in anticipation of this moment, and even a few in anticipation of some development in the “main” pairing too.
https://lostinanime.com/2019/09/gegege-no-kitarou-2018-72/

Due to the fandom's age and size, fanart of almost any ship exists in at least small amounts.

The villainous character Backbeard has been the subject of a popular reaction image in Japan. The meme originated in 2004 on 2chan and depicts him yelling, "Damn all you lolicon!" This later led to the gijinka meme character Beako being created.[1] 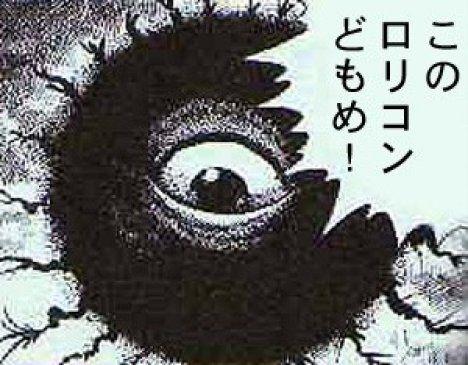 The character Nekomusume has more variety in her anime designs than Kitaro, Medama Oyaji or Nezumi Otoko. She looks quite different in each show. The 2018 reboot has an adult, conventionally attractive Nekomusume, so she has spawned more fanart than earlier versions- but not everyone approved of the new look. Some thought her design was sexualized and/or not as monstrous or tomboyish as she ought to be.

After going through these and the other comments, the consensus seems pretty clear. The new designs are pretty cool if a little bland while the new Neko Musume has upset fans for four reasons: 1) she’s an aged up sexy version of a child character, 2) her moe style clashes too much with the rest of the Mizuki style cast, 3) she’s even less goblin-like than ever, and 4) LEGS.
https://gegege-no-blog.tumblr.com/post/170026944093/heres-a-round-up-of-replies-i-got-on-my-post

In the Asian fandom, art is often shared on twitter, pixiv and in doujinshi. Ships are GL, BL and het. Art is generally done in the style of single pictures or comics.

The Western fandom tends towards the curatorial side and has a wiki dedicated towards documenting canon, as well as a few tumblr blogs. Gaijin Goombah has made a number of popular videos about the 2018 series,[2] while Lost in Anime reviews each episode in a text format with screencaps.[3] Both reviewers often focus on the series' political messages and social commentary.

Some episodes of earlier series have been fansubbed by various fans. Portions of the manga have likewise been scanlated.

There is also a small amount of fan art on tumblr, twitter, DeviantArt and FurAffinity. While both pixiv and AO3 have Gegege no Kitaro fanfiction categories, there is not much in either.

AMVs and MADs for the anime also exist.

Relationships with Other Fandoms

There is some overlap with fans of other yokai anime, like Yokai Watch. In the West, there is negativity between Kitaro fans and Dragonball Super fans who were upset that Kitaro replaced Dragonball's timeslot. Western fans are also known to mock Logan Paul and his fans due to an event happening in the first episode of the 2018 series. In that episode, which aired April 1, 2018, an annoying "ootuber" named Charatomi causes a nuisance for views and is then turned into a tree. Gaijin Goomba claimed this was meant to call out Logan Paul's behavior as a tourist[5] in Japan in January 2018, although the episode would have been mostly or totally produced before that incident occurred. Since then, jokes about Logan Paul turning into a tree have been common.

In Japan, a Persona character is often referred to as Kitaro by the fandom as an unofficial nickname, due to both characters having long bangs covering half the face.