From Fanlore
(Redirected from Firetrine Press)
Jump to: navigation, search

FireTrine Press published zines in the latter half of the 1980s and into the early 1990s. The zines were K/S, Beauty and the Beast and one multifandom slash anthology series, Satyrnalia. 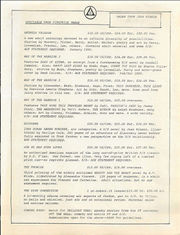 FireTrine Press zines were sold directly and via their agent Bill Hupe. By 1997, problems with Bill's successor, Peg Kennedy led jean to announce in a letter to the K/S Press #12: "To those of you who have ordered in the past from Bill Hupe and Peg Kennedy, my zines are no longer available from Peg: her copyright permission has been revoked."