Field Studies is a gen Indiana Jones zine, published by Falcon Press. It was meant to be a one shot zine, but the editor says the "Temple of Doom" changed their minds. 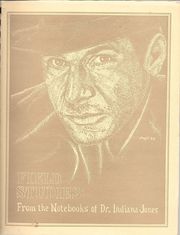 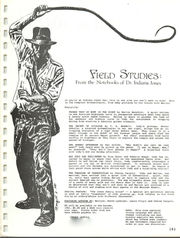 Field Studies 1: From the Notebooks of Dr. Indiana Jones was published in 1983 and contains 146 pages. The front cover is by Laura Virgil, back cover by Cheree Cargill and inside back cover by Barbara Stults.

The flyer says: "This zine contains strong language and adult themes (including one moderately explicit sex scene) which may offend some readers. No age statement required but order at your own discretion."

Another ad says: it contains "some adult themes and language, no same sex." 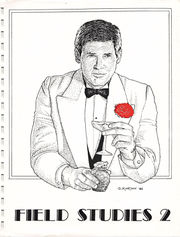 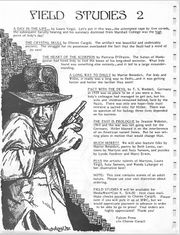 flyer for issue #2, printed in A Tremor in the Force #3

From a flyer: "NOTE: This zine contains scenes of an adult nature. Please use your own discretion about ordering." 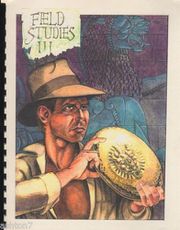 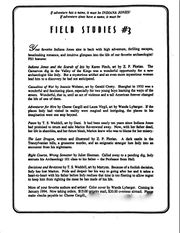