From Fanlore
(Redirected from Equalizer)
Jump to: navigation, search 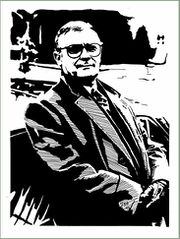 The Equalizer is an American television series that ran for four seasons, initially on CBS, between 1985 and 1989. It stars Edward Woodward as an aging New York vigilante with a mysterious past. The show mixes ingredients from popular spy films and private investigator shows with violent realism."