You may be looking for the Stargate Atlantis story called Earth 2 or the DC Comics fictional universe Earth 2.

Earth 2 was a science fiction television show that aired on the NBC channel from 1994-1995.

Earth 2's single season was about of a civilian colonization expedition in the year 2192 to a new planet, 22 light years away from Earth. The expedition was led by billionaire Devon Adair, who organized it because of her belief that living on a planet (no longer possible on Earth) would cure her young son from a terminal illness called "The Syndrome."

On arrival at the new planet, the ship crash-landed far away from the planned colonization location (and the supplies), leading to adventures and encounters with native species, as well as continued interference from the government conspiracy that attempted to stop the expedition from leaving Earth orbit to begin with.

Earth 2 is a yuletide fandom.

As of April 2002, one fan reported on the number of fan stories written to date:

"173 authors, only 25 of whom are actually groups of people collaborating.

There are 46 series or groups of stories, consisting of 176 different works.

There have been 2 April Fool's works, 1 Halloween story, and 16 Christmas works."[1] 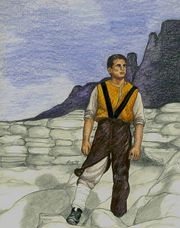