Bunnyfic Archive is an archive that hosted the Stargate SG-1 fanfiction of a group of authors. In the archived fanfic Jack O'Neill and Daniel Jackson, as a slash pairing or friends, feature heavily, as does SG-1 team fic. Later there were also a few het stories and stories in other fandoms.

Many of the Bunnyfic stories and novels were republished by Ancient's Gate as zines. See List of Stargate SG-1 Fanzines.

The site was created in June 2002. It was a member of the Daniel Jackson Fanfic Webring and was part of The Daniel Friendly Zone. 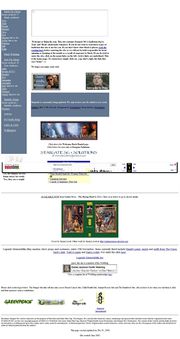