Animazine is a gen multifandom anthology of fiction from animated series. The editors promised it would be "absolutely, positively, 100% Smurf-free."

A flyer said that it was: "Not a comic book, but full-length stories with some art. (Rated PG-13)."

a flyer for issue #1 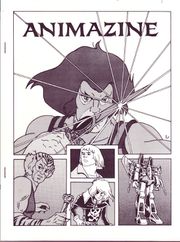 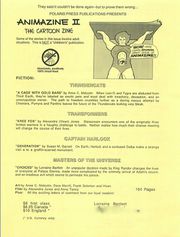 a flyer for issue #2

Animazine 3 was published in Spring 1990.

The author's website says these four stories appear in "Amimazine" but does not specify which issues, mostly likely #3 and #4.