You may be looking for Anything Goes.

Almost Anything Goes is a gen multifandom anthology with an emphasis on Star Trek: TOS content. There are three issues.

It was published by "The Firm," ("Anonymous Knoxville Associates To Help Encourage Fictitious Invention of Reading Matter.") 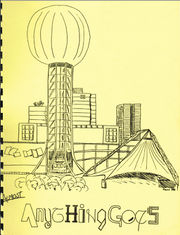 Almost Anything Goes 1 was published in June 1985 and contains at least 80 pages. 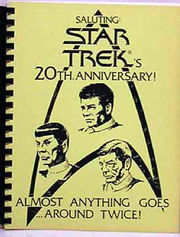 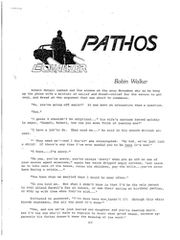 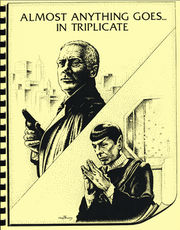 Almost Anything Goes 3 is subtitled, "In Triplicate." It was published in Fall 1988 and contains 254 pages. It is a multi-media zine with a Star Trek: TOS focus.

The art is by Debbie Painter, Computereyes, Sandy Weiso, and Robin Walker.

The editorial mentions that this issue was out over a year past its planned publication date. Also:

Inside you will find what some might call a strange concoction of media; 'Star Trek," "Equalizer," T.J. Hooker," and introducing a "Next Generation" story. Well, the name is Almost Anything Goes. Our members have a wide range of interests, and we want that to show in our 'zine. We welcome material based on almost anything. (But, please, keep it clean--we run a PG-13 rated 'zine here) [Well, maybe R.--Ed.]

Volume I had mostly "Star Trek" content, and we have continued interest in "Trek." Printed here you will find "Phoenix Rising," part 2 in a series that began with Give Us This Day" in Almost Anything Goes Around Twice. That story began with Kirk, Spock, and McCoy trapped on Klingon-occupied Vulcan, and ended with a physically and mentally tortured Spock on the brink of insanity. Here the story continues, and what Spock endures here makes it hard to believe that he is really the author's favorite character.

Volume II also introduced "The Equalizer." Here are several "Equalizer" inspired stories. Any similarity of "Target" to episodes of that show that aired during the 1986-87 television season are completely coincidental. I pledge to you as a HooTavian and as , member of the nest of Fasl-Dofk, this story was written before those shows ran.

I think you will find this volume interesting and enjoyable. I would like to point out that introductions are included for a purpose—please read them. I would be most interested in knowing what you think about this effort of ours.