You may be looking for the Star Trek: TOS story World Enough.

From Agent With Style: stories include "when Captain Solo loses a battle, he is shocked to find he is the only prize the conquering captain, an unknown named Kuryakin, wants to claim;Napoleon has been missing for three months -- where the hell has he been?; How was Illya supposed to work with a man who clearly disliked him on sight?; The problem was simple -- they were still, after three years of being partners and closer than best friends, dancing around one another and Mr. Waverly, for one, was tired of the game. And more." 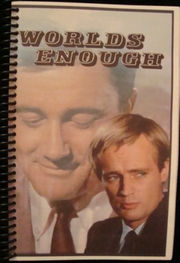 back and front cover of issue #1, by Cat's Meow Creative Arts

back and front cover of issue #2, by Cat's Meow Creative Arts 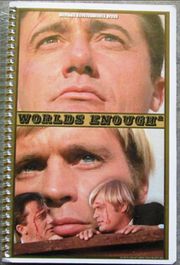 Worlds Enough 2 was published in March 2005 and contains 316 pages. 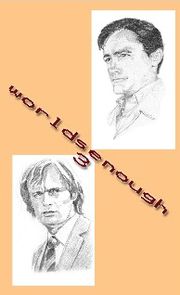 Worlds Enough 3 has a color cover by Hindman. It was published in 2009 and contains 192 pages. 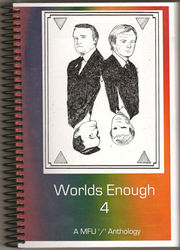 Worlds Enough 4 was published in 2009 and contains 269 pages. The cover and interior art is by Charlie Kirby. It won a 2010 FanQ Award. Summaries from the publisher: