You may be looking for the Man from U.N.C.L.E. fan ChannelD.

Channel D is a gen Man from U.N.C.L.E. listserv. It was founded by Ellen Druda.

Its slash and explicit het counterpart was "Channel L."

The Man from UNCLE zine fandom successfully transitioned online in the 1990s with mailing lists. As an older fandom, much of MFU online fandom started on lists. In the late 90s, there were two primary mailing lists, Channel D for general interest, and Channel L for adult and slash conversation, both co-run by Jan Davies, Marion McChesney, and Laurel Richards. These were still active as of 2009, as well as a few others. [1] [2] 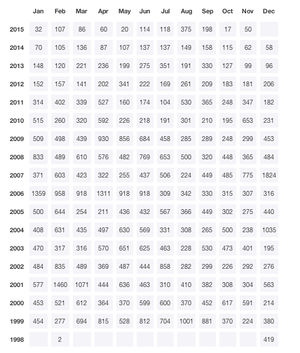 In June 1995, a discussion mailing list called Channel_D was established on the computer of public librarian and long-time David McCallum fan. Ellen Druda... There were ten people on the original list, recruited through chat rooms and through word of mouth spread at Media West Con, a multifandom writer's convention held every Memorial Day weekend in Lansing, Michigan. As moderator and list owner, Druda forwarded emails to each individual. When another fan, Linda Cornett, joined on July 4, 1995, her post observed:

"Wow, this is service. Ellen mentioned in an AOL chat room Sunday evening that she might put together an U.N.C.L.E. list and ta-dah! Hi guys. Close your eyes. We are now sitting on the patio of the Holiday Inn in Lansing listening to the fountain and talking about our joint obsession. I, personally, am drinking Baileys." [4]