Adrian Fridge is a fan known primarily for his influence in the Teen Wolf fandom and his passion for Jackson Whittemore and Stackson. He's open about the fact that he's white Jewish autistic agender bi aro and with depression/anxiety.[1]

He entered the fandom fray in 2015 after years of doing discrete fannish things on his own, and he's vocally both pro-Sterek and pro-Scott. He has run numerous challenges, including the Stiles Shipping Central Ficlet Exchange.

Fridge is one of the mod/admins at Teen Wolf Legacy, the largest Teen Wolf community on Discord. He's also in charge of keeping the Teen Wolf Fandom Events blog updated.

Why is he called Fridge?

Fridge has gone through several name changes over the years. Most recently in Nov 2021, he's given up being fanfictionfridge on Tumblr, opting for the username adrianfridge instead, saying, "Over time, the fanfiction part of my name became less and less relevant as I expanded into graphics and art. But I kept convincing myself that I could pull off a poorly chosen name out of spite. I am too tired to care now."[2]

In a post, on a now defunct Wordpress blog from 2015, Fridge explains the full backstory to the core of his name:[3]

A long time ago, in ancient Internet times, tired of my old usernames, I was tasked with creating a new identity. Being the teenager that I was, I decided I wanted to be WTF, and, for a short time, I became WhatTheFudge. Eventually I came upon a site where that name was already taken, and I morphed into WhatTheFridge.

Add in a silly haiku about refrigerators, along with the following graphic, and it stuck. 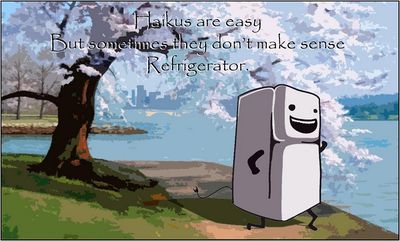 Later, when I began playing Animal Crossing, I couldn’t decide what to call my avatar. Giving it a “regular” name felt strange, which is probably why I threw my hands up and just shortened my handle to Fridge. Call it laziness or spite, but the quirky choice grew on me.

Fridge has roots in other parts of my life as well. It happens that I have a bachelor’s degree in Chemical Engineering, and part of our studies included the thermodynamic properties of refrigerators. These devices are a fascinating because for all their mathematical inefficiencies, they are fixtures of our everyday life. If a fridge ever became sentient, it would have the worst case of Imposter Syndrome. I can’t help but find that amusing.

Fridge is also about keeping my emotions in an ice box. I tend to appear cold and aloof even when I care a ton, needing plenty of time to defrost before becoming warm and welcoming. It’s a feature that I’m working to improve.

I am Fridge. Genderless. Cool (ba dum tsh). Me. 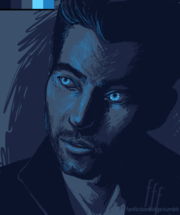