I've been active in fandom since around '95, trying a little bit of everything along the way. I've been good at a few things, not so good at others, and I'm always happy to try something new.

I had a few early online fandoms that introduced me to fanfic, roleplaying, and the wonderful creative bubble that was online fandom of the mid-'90s. My first truly major fandom was Naruto, where I've fanficed, roleplayed, scanlated both manga and doujinshi, maniped, iconed, and I maintain a number of LiveJournal communities. I name this one as major because I adopted a lot of my fannish vocabulary and practices from this fandom, which is more representative of anime/manga fandom than of western media fandom.

From there, I've gone all over the place.

Interests and Intentions on Fanlore

I'm interested in expanding the Japanese/Anime/Manga content on Fanlore and keeping Fanlore open to including such content. I understand some Japanese (少し日本語を話せますよ) and I've been working through doujinshi entries to ensure the original titles are included in both Japanese and roman characters. If you need help with Japanese, please drop me a note on my talk page and I'll be happy to take a look.

I would also like to see a doujinshi category (woo-hoo!), and less fic-privileging (and it seems we're getting there).

I hope to someday see some new wiki committee members who are primarily into Japanese/Anime/Manga fandoms -- since none of them currently appear to be. (Not me; I don't have the time.) (And not to put down any of the current wiki committee, who as far as I've seen all seem to be cool, reasonable, open-minded people.) It would be cool to have some more presence and representation.

A few pages that I've worked on and like:

Some other pages that I just think are interesting: 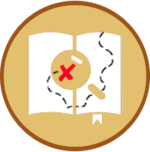 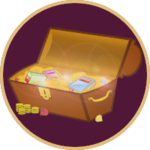