You may be looking for The Winds of Time, a multifandom zine.

Time Winds is a gen Doctor Who anthology that ran for 20 issues. It was edited by Susan M. Garrett.

One of the nicest and most talented people in New Jersey DW fandom is Susan M. Garrett. While she publishes other zines worthy of any fan's attention, her best, in my humble opinion is TIME WINDS. It is attractively put together, the stories are usually first class, and the art is enchantingly diverse. Sadly, Susan will stop publishing TIME WIND after #20. (This seems to be an unfortunate trend in DW fandom. We are losing a lot of very talented people, and there seems to be no one taking up the place of such people as Susan. Sad, isn't it?) [1]

Time Winds 10 was published in 1984. It was co-published by Mark Hernandez. 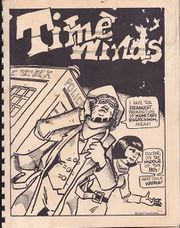 Time Winds 12 was published in 1985. It is subtitled, "Earth Issue." It has art by Anne Davenport, Maggie Johnston, Katy Rashid, Gennie Summers, and Jim Thompson.

front and back covers of issue #12 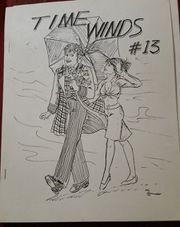 Issue 15-Has a cute cover, depicting various trick or treaters (cowboy suite, Mr. Spock, very short 4th Doctor, and Earth Verdure) at the door Or the TARDIS, where a very bemused 6th Doctor gazes at them. Within the covers we have, "A Fine & Private Forest" a 3rd Doctor/Jo Grand cross with THE LAST UNICORN by the editor. Very nice, and it sheds an interesting light on how Joy Grant may have felt about the Doctor. Remember Rodan from "Invasion of Time"? Well, Sue Ann Sarick has a neat little story about her meeting up with the 4th Doctor again. Illustration by Gennie Summers. "Inverse Possibilities" by Autumn Lee, describes what occurs where and when two Tardis' get tangled up together. I really like Lake Jasmine. Illustrations by Maggie Johnston. Finally, there is "Night of The Blue Box" Part 1 of a DW/Wild, Wild West crossover, featuring the 5th Doctor and a certain memorable villain from WWW. And lots more!!! Excellent issue! [2] 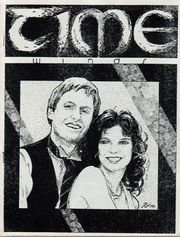 Time Winds 16 was published in June 1986 and contains 36 pages. The front cover is by Ann Larimer, other art by Rhonda Henderson and Charles Albritton.

Issue 16 - Has a lovely portrait of Nyssa and Tourlough III in a friendly pose. This is a good "What If?" issue. What is Sarah had decided to stay with Juliano at the end of "Masque of Mandragora"? ("Second Thought" by Rie Sheridan) What if the 2nd Doctor, Jamie, and Zoe tried to escape from the Time Lords at the end of "War Games"? ("We Saw The Future" by James Crawford) What if the 4th Doctor had not discovered about The Android Invasion"? ("For Want of a Nail" by Rie Sheridan), and so on. There are also some well-done poems and filks (I especially loved the calligraphy and portrait of the 4th Doctor in the poem "Paradox" by C. L. Crouch, and the filk "Hotel Castrovalva" by Ann Davenport) Definitely worth a look. [3]

Time Winds 17 was published in September 1987 and contains 86 pages.

Issue 17 - A group portrait of the first six Doctors under a diamond logo that shows the title TIME WINDS. Nice job, Nan Nelson. You do great portraits! We have some excellent longer stories here. "And a Little Child Shall Lead Them" by Autumn Lee starts the issue off well. The 4th Doctor and Romana (Mark 1) go to visit Sarah Jane Yates, nee Smith. Problems occur with the return of the Master (?) and just who is Jo Yates real father? Well done, though some fen will be enraged by some elements in the story. (So, what's life without a little excitement?) "Murder at Cloudesley Manor" by Aloma Pedersen if you are a devoted Mystery fan, you will guess who I'm referring to right right. Luckily, that doesn't ruin the story. Delightfully in period, it reminded me of an Agatha Cristie story. "Forest of Fear" by James Crawford was not up to his usual. high standard. It's a average story, it's just that James has done far better work. It's worth a look, though. Oh, "Night of The Blue Box" is completed in this issue. Good story! All in all, an enjoyable issue. So, before Susan stops publishing this zine, make sure to pick up a copy or two of TIME WINDS. You will be glad you did! [4] 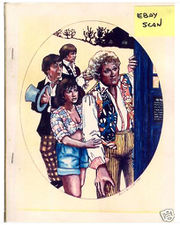 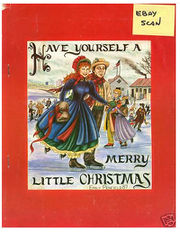 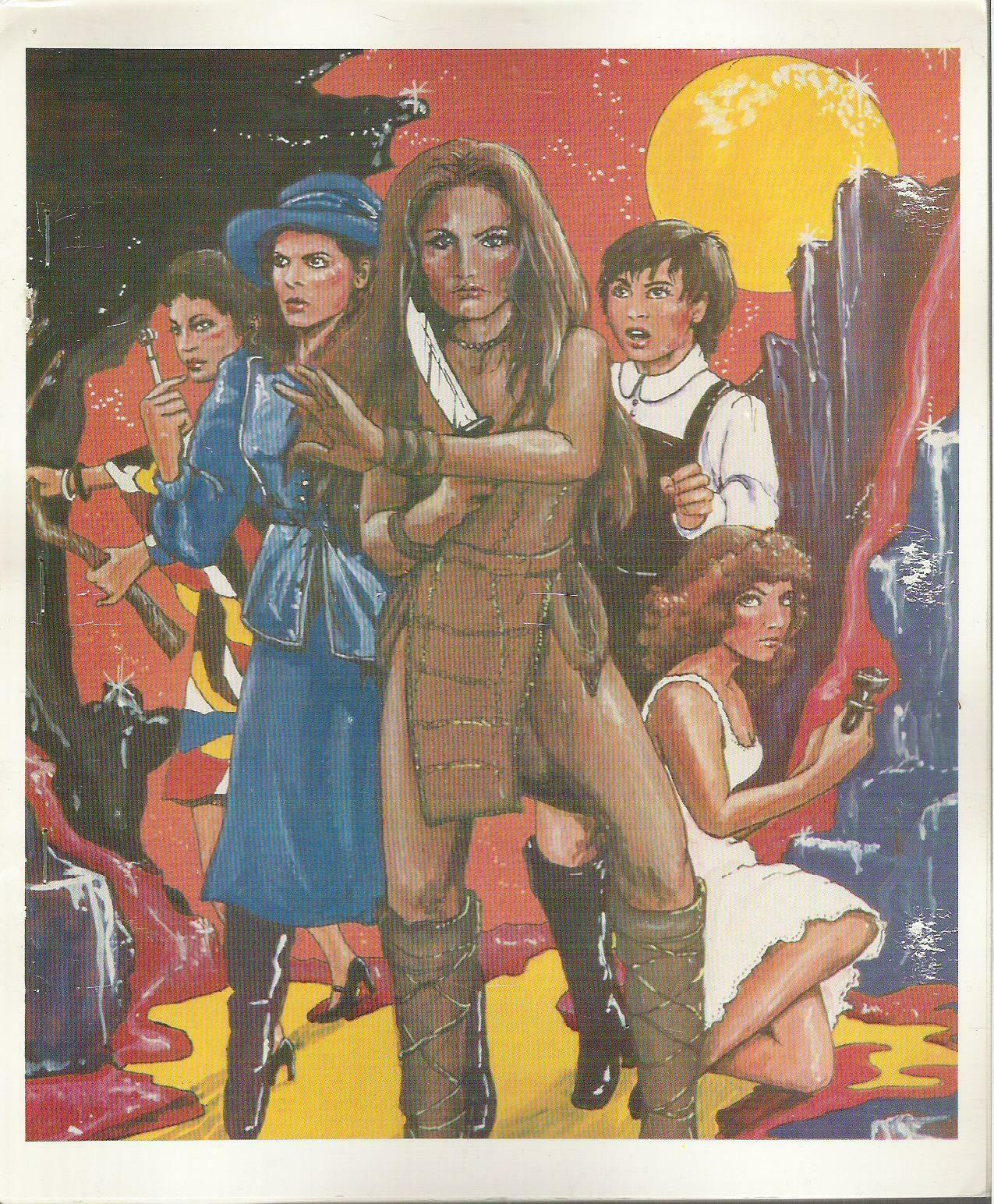