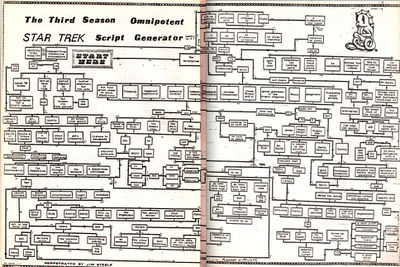 The Omnipotent Third Season Star Trek Script Generator is by Jim Steele and it originally appeared in Warped Space #3.