The Boy Who Lived Forever 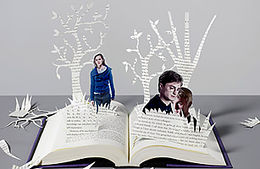 The Boy Who Lived Forever is a 2011 article by author and journalist Lev Grossman about fandom, primarily media fandom, and fanfiction that was published by Time Magazine in 2011. The article, timed to coincide with the release of the final Harry Potter film, uses Harry Potter fandom as a jumping off point to explain fanfiction and fandom culture to people who may know nothing about it, or at least, nothing true.

The article covers the subject in broad strokes in about 3,500 words. It is strongly focused on US experience of fandom—most of the quoted sources are US fans or authors, and the fandoms mentioned are either from US sources or are big international hits like Harry Potter. There is no mention of large fandom communities like Anime or Manga, but recognition is given to the international and diverse nature of fandoms. The focus is also fanfiction on the internet, but there is a brief history of pre-internet media fandom, using Man From U.N.C.L.E. as the example of an early fandom, a departure from the trend of articles focusing almost exclusively on Star Trek and Kirk/Spock.

Some issues around copyright, Fair Use and the feelings of professional authors towards fanfic are also covered, and the article dispels some popular myths about the legality of fanfiction while remaining sympathetic to the feelings of the authors who don't like it.

The article contains some shoutouts to fans with references to sex pollen, Rule 34 and a sly allusion to Hurt/Comfort.

The reception from fans in media fandom has been almost universally positive, an unusual occurrence for a mainstream article about fanfiction and fandom. A linkspam of fannish reaction posts can be found here.

Prior to the publication of the article, Grossman approached the OTW and through them arranged to interview fans on a locked Livejournal community, lg_interview. The response was immediate and verbose, with over 100 fans responding to the questions, often at length. Much of the material in the finished article, some of it direct quotes, came from those answers.


Written before Harry Potter and the Order of the Phoenix came out, this novel tells the story of the evolving and emotionally charged friendship between Harry and Draco during their seventh year at Hogwarts and gives a new perspective on life as a Slytherin.

Crossroads by Emmyjean
A novel from the point of view of Lily Potter and set when she and James were still at school, Crossroads grounds their romance in (fine) emotional portraits and a more densely detailed account of their courtship than Rowling provides.

Delicate by padfoot4ever
A lively, appealing and decidedly adult-themed story about Ron and Hermione's daughter Rose Weasley, who hooks up with Scorpius Malfoy and has to grow up quickly to deal with the consequences.

Call of the Wild by WolfieTwins
This novel fills in some of Remus Lupin's backstory: how Dumbledore recruited him to teach Defense Against the Dark Arts and what Lupin was up to in the years after James and Lily died.