You may be looking for Standard by Several.

Standard by Seven is a gen Blake's 7 anthology published in the UK. "England's leading amateur Blake's Seven magazine" is on the cover of issue #11.

It has been described as a "multifacted magazine, designed to meet the tastes of the more discerning Blake's Seven reader" [1].

In the late 80s, some of this content was republished in a sister zine called Standard by Seven: The Early Years.

Standard by Seven 9 was published in March 1981.

Regarding the story "Between Black and White": This story was written in 1978, and first published in "Spacefall" #4 in 1980. The story was later rewritten by Ann O'Neill and published in this issue of "Standard by Seven." In 1985, the author of Mascarada, Susan R. Williams, acknowledges Ann O'Neill and "Between the Black and White" in her own story "The Portage," saying that the original "plot device" of having Avon's allergic reaction to interrogation drugs was in O'Neill's story. In 1986, the story was bootlegged and sold as a novel "written by Keith Black."

A fan in 1991 wrote: "How about Avon's infamous allergies? Where the heck did they come from? Well, I'll tell you -- one old British story was so angsty that all the fans love the idea for some reason. [2] 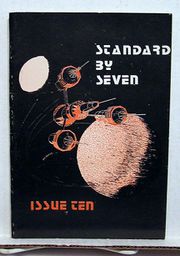 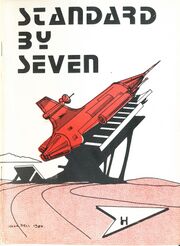 another version of the front cover of issue #10 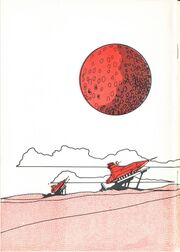 another version of the back cover of issue #10

Standard by Seven 10 was published in August 1981 and contains 44 pages.

I picked this one up second-hand last year, so yes, it is still possible to buy original copies of the old zines if you hit the right second-hand stall. This is one from the early days, 1981. Nicely printed, with a gloss card cover to show off the B&W photo of Blake on the back cover.

The interior ink drawings are somewhat variable in quality, a mix of very nice indeed and ones where the likeness to the character is rather dubious, or the body proportions are wrong. Most of the internal illos are for specific scenes rather than generic, something I like to see.

Letters page: A couple of letters from readers, allegedly. The one complaining about the quality of the "tantalising time tour" holiday booked from an ad in a previous issue offers an interesting view of the fourth Doctor:-)

The Mediators of Ellion: The Liberator goes to the aid of a crashed spaceship, and picks up the ship's mercy mission to a colony planet. Some standard SF themes, nicely written. I had a couple of minor quibbles, most notably that it took the crew so long to work out what was going on. It could also have done with a little more attention to detail - Avon certainly doesn't look heavier than Blake to my eye, and the doorway to the flight deck does not have a door in it. However, I enjoyed the story.

A sequel to 'There's something wrong on Strawberry Hill': One page humorous sequel to something in a previous issue, which presumably had the Federation putting out a propaganda series depicting the crew as cripples and rapists. I'd probably have found it more amusing if I'd read the original work, but not bad.

"Normal service will be resumed shortly": Another sequel to an earlier piece. Longer, has a minor cross-over with Hitchhiker and is not my sense of humour.

Where is thy victory?: Interesting aliens, nice characterisation, plot hole large enough to fly the Liberator through.

The Merry Rebels of Terminal: Short Shakespeare pastiche set on Terminal, with the characters aware that they are characters, and speculating on the likelihood of renewal. Very much dependent on personal taste. [3] 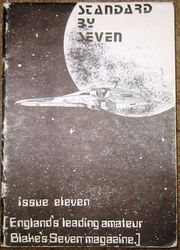 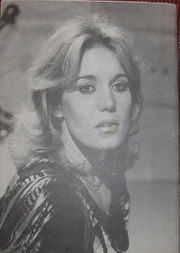 Standard by Seven Special: Deadly Night Shades was published in 1983 and contains 24 pages. It is a story by Gillian Marsden. 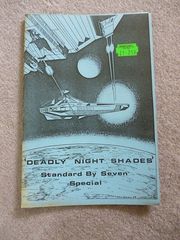