From Fanlore
(Redirected from Sandra Ferriday)
Jump to: navigation, search 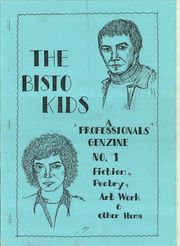 Sandra didn't become hooked on S&H until late in the first season. At first it was just another cop show and she didn't take much notice (has kicked herself ever since), until a few girls began asked her for tv photos of Starsky (not Hutch, I'm afraid). By the time she'd taken the requested photos, she began taking them for her own purposes. Through her interest in S&H she gained many pen-pals, some of which still correspond with her today.

Once into fandom, she joined several Fan Clubs, bought every thing possible of S&H and P&D, read the US letterzine, and as time went by, discovered through her tv photos that [her number of] correspondents snowballed by word of mouth.

In 1980, Sandra began producing her own zines, feeling that she had the ability to write and draw, and this was a way of expressing those talents.

In 1976, she wrote a short S&H story and sent it to Spelling & Goldberg, and to her surprise, in 1977 Paul replied personally. It took her over a week to get over the shock!

From the editorial of "The Bisto Kids" #1:

Welcome to my first "PROFESSIONALS" fanzine. Although I've always liked THE PROFESSIONALS, and Doyle was my favourite of the duo, and I took photos from the series, collected the odd one or two things over the years, I was never actually 'into' the show or characters. Strange how it happened suddenly, like a 'born-again Professionals fan, if there is such a thing! It was April 1988 when ITV gave us repeats, and I hadn't anything to read, so I thought how about if I try reading the few Prof, novels I had(for trade), well - that was it! Those novels are now in my possession, plus the rest making a full set. I'm still trying to get through No's 10, 12 & 13 at the moment. When you do get 'into' the characters of an fandom, I think it's easier to write fiction, poetry, and then you want to read everything in sight too!

In my earlier letters to the British l/z, Mixed Doubles, I had stated that Bodie and Doyle didn't seem very caring to each other and I certainly got some replies to that! Anyway, I have since re-read them, and what pretty dumb letters they were too! I have enjoyed reading MD better than the first time around, as now I know what everyone was talking about! Of course, Bodie & Doyle cared for one another, in their own sort of ways. I can see it now.

Ferriday's early Starsky & Hutch zines contained some non-explicit slash, despite her stated distaste of it: From the editor's note in Side by Side:

Although I do not believe in the premise of S/H, in fact find it quite revolting, I want to cater to all tastes in fanzine reading.

I agree about wanting the zine to suit all age groups, rather than to whisk the zine away from children's eyes, and parents. There are far too many publications into the other premise and I hope Shootout doesn't fall into that too much. [1]

I know of several girls in S&H fandom who refuse to buy or read zines with "/" contents. The same applies to letterzines which contain S/H. As regards l/z's how ever, they could, like me ignore the fact, although I do actually read l/z's from cover to cover. I for one do not believe in "/" premise. I know there are still some of us around, thankfully! Besides not believing in the male/male, I disbelieve in male/female too. In the past I have accepted the softer "/" in my zines, trying to cater for most tastes, however, I now find myself going away from that and sticking to my guns so to speak. Trying the actual stories for me is a very embarrassing task. I don't think a zine need contain S/H in which to sell it.

As for other members of my family reading SO (or APB, since it also contains the occasional wording of male anatomy and S/H contents), I would feel embarrassed if either of my parents started to read those particular parts. My dad wouldn't even know what S/H was anyway. If people insist on wanting to read "/" then I suggest a l/z be brought out specifically for this premise only, then those who do not want S/H in a gen-zine need not worry.

I personally do abhor the "/" idea, but certainly haven't dropped out of S/H fandom. Being part of a minority doesn't matter to me. Who cares who's minority and who's majority, it's what the individual really feels. There are people who aren't so open-minded, unlike yourself for example, therefore the idea of S/H is of no embarrassment. The other element, like myself, find words like 'sex' and 'sexual' embarrassing, therefore it is no fun reading sexual, suggestive stories which we find in our fave fandom of S&H. Why spoil a good thing?

The worst S/H I ever read were two stories in PUSHIN' THE ODDS fanzine, called..."Fall With Lucifer" and "Fountain of Sorrow." Fortunately, they were on red paper and almost unreadable!! Both were utterly disgusting and anyone liking those kind of stories must have a warped mind. Don't get me wrong, I'm not stopping anyone from reading what they want to read or fantasise with. We, as the non-S/H-ers, are supposed to respect others, so let's have a bit more understanding in our direction for a change!

Since the repeat series of 1st season S&H, I have not read any "/" into their partnership. Yes, I am watching the same shows as the majority... sure they touch, etc., but why does that need to be interpreted into something else? Beats me! [2]

There's a lot who totally disagree with S/H and won't come out of their closets, too.... I have never stated you aren’t allowed your opinion - of course you are, everyone is. We'll have to agree to disagree as you suggested in APB. How I got here, is irrelevant to how I feel about male/female relationships now. I don't continue to edit that material either, as some months ago I put a stop to it; [my zines] you see advertised now are reprints, both of which contain S/H fiction. Embarrassing, I would say, rather than offending. I know of another person who still feels this way about certain sexual words too. Is it becoming contagious, or what? [3]

FEEDBACK WELCOME [to The Bisto Kids]. ASIDE FROM SLASH, WHAT OTHER ITEMS WOULD YOU LIKE TO SEE IN FORTCOMING ZINES? Slash I don't take... [4]