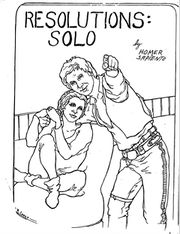 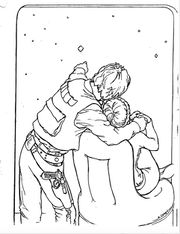 From an ad in Southern Enclave: "The complete story of Solo's life after he marries Leia. Much is revealed about his past. Great trashing and great mushy stuff." 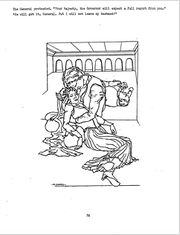 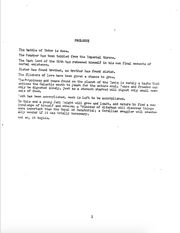 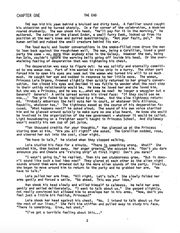 interior page sample
From the author's foreword where he thanks:

Mrs. Joann Emerson without whom this never would have seen the printed page

to my best friend, lover, and spouse without who this would have never been begun, and who lived with my faults, failings, and turmoil while it was.

the various manufactures of typewriter ribbon and paper, all of whom have seen their profits soar through this endeavor.

with thanks to all of the above, and to whoever might come after who reads the following: if you laugh a little, shed a tear or two, understand the characters involved and care about them, it is well done