mushroomtale is an artist known for their frequent collaboration with Merlin writers and particularly popular writer Footloose. With work dating to at least 2012, mushroomtale has participated in writing, art, and podfic challenges as well as making occasional gifts of artwork. 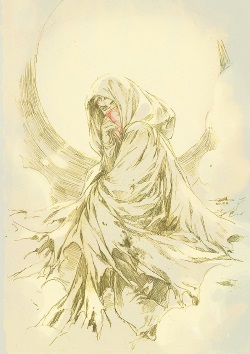 "Drawble Week 6: Stigma" is the earliest example found of mushroomtale's participation in challenges and also the first collaboration with Footloose. The artist's notes read in part: "Camelot Drabble Week 6 prompt: Whispers in the Night. So, the premise is: the magic reveal has gone all wrong, but Merlin continues to protect Arthur from afar. If you listen closely, you might hear...This drawble now has a companion fic Smoke and Mirrors written by Footloose. I don't know how to say this, but... I am so humbled to think that my little drawble could have inspired something so beautifully written." 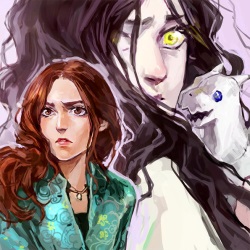 The Girl in the Tower is a cover work mushroomtale created for the pod together challenge, with story by jelazakazone and recording by susan_voight. The style for Mithian, Morgana and Aithusa varies from that generally used for the Merlin/Arthur artworks which is generally more classical, such as in the next example. 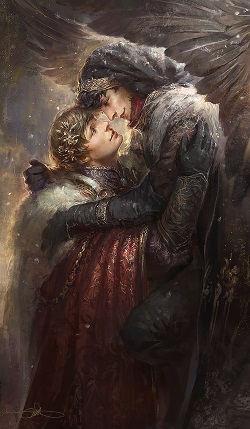 Created for the 2014 Merlin Advent Calendar challenge, "The First Nowell the Angels Did Say" is a particularly rich example of the detailed work mushroomtale creates, The post on AO3 also breaks out parts of the image for closer views. 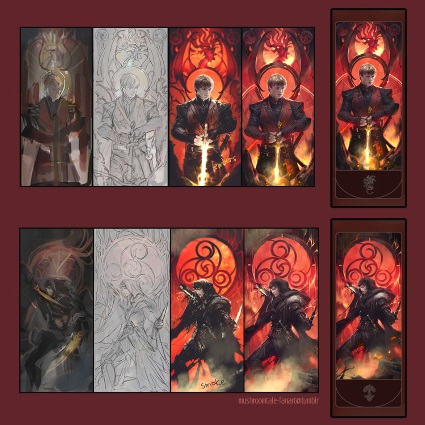 The above image is of step by step development for Arthur and Merlin artwork created for The Dragon Rises by Footloose. The panels for each character show early color, pencil drawings and then animation for the finished work. This was only one of a number of art pieces at the AO3 post, which was part of the 2016 After Camlann Big Bang.