MAS-Zine is a slash and yaoi zine edited by Anne Blue[1] which published original slash and original yaoi stories and art. It also published two works of yaoi fanfiction and one work of gay fiction. Its tagline was "Men loving Men fiction with dark elements."[2]

From a one-time distributor, Agent With Style: "If you like M/M romance with non-consensual and violent elements, then these slash zines are for you! These stories, containing both yaoi and original fiction, deal with controversial topics like M/M rape, non-consensual sex, abuse, hurt/comfort and dominant/submissive relationships, set off with thoughtful themes, creative characterization, skillful style and plots that'll make your heart pound so hard you'll need to splash water on yourself afterwards!"

The zine's "About Us" page said: "MAS-Zine offers you stories that show you the darker side of life, dealing with topics like slavery, imprisonment and prostitution. But we're romantics at heart, showing how love can bloom in such unlikely places."

MAS-Zine was originally published as a CD-zine. Later, its issues were distributed as electronic downloads and in printed form. The zine was honored with Screwz Awards in 2003 and 2004.

MAS stands for 'Male Abuse Stuff', originating from the Yahoo list which was so aptly named by Juxian Tang in an attempt to determine the category of stories and discussions that list members were are interested in. 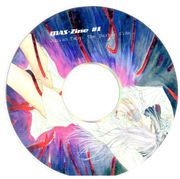