You may be looking for Lone Star, a Blake's 7 zine.

Bill Hupe notes in his 1995 catalog that many considered Vault of Tomorrow to be the ultimate hurt/comfort zine. It was "often emulated over the years since Vault ceased publication and never duplicated -- only LoneStar Trek has even come close to providing the ultimate in hurt/comfort reads." 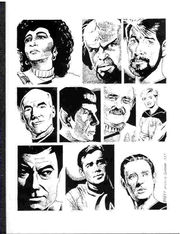 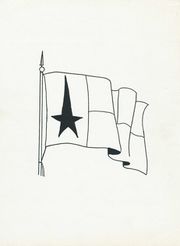 back cover of issue issue #1, uncredited

First issue of an intended series by 2 editors, one new to organised fandom, one who has been a fan since the 70's. There are 7 stories, 6 classic Trek, one Next Generation. Twist of Fate by Judy Dugas. Kirk is severely injured in a shuttle crash and taken hostage by the Klingons; Spock is believed dead. There is a sub-plot of rivalry between the Klingon commander and his subordinate. An Act of Courage, by Ginna LaCroix. Kirk and McCoy are both suffering as a result of the events of Empath. Their friendship allows them to help one another. Deep Trouble, by Laurie D. Haynes. Kirk, Spock and McCoy visit a colony planet where all is not as it seems. To Summon the Future, by Jan Beckwith. After Peter tells Kirk he will not follow him into Starfleet, Kirk meets a small girl and recognises that someone will carry on his dreams. Another Generation, by Jan Beckwith. Jen, the child of the previous story, is now at Starfleet Academy. Kirk asks her to befriend a Romulan/Human cadet. Heart's Blood, by Jan Beckwith. Jen and PakTau undertake the Kobayashi Maru but something goes wrong. It's a Jungle Out There, by Laurie D. Haynes. Riker, Picard and Troi are captured by Romulans who have taken over a research facility they are visiting. They escape, and are helped by the natives of the planet. Riker is severely injured, and has a very strange encounter. These stories are good old-fashioned hurt/comfort, especially the first two. There is a good variety of plot, and the whole zine is extremely readable. Mixing Classic Trek and TNG causes problems for some readers, but if you like both series, you should enjoy this. [1]

Another zine I bought for the first time is Lonestar Trek 1 and I intend to go back for more. It includes a Ginna LaCroix story which takes place after the events of The Empath. I enjoy these postscript stories; too often everything is apparently solved in the last few minutes of an episode and there is no later reference to events which would leave almost anyone in need of some sort of medical or psychological care. Luckily for me, the fans like to neaten up the loose ends. Lonestar Trek I also includes a story by Judy Dugas, two stories by editor Laurie Haynes, one a Next Gen (by the way, I liked this one!), the other Classic Trek, and three short stories about a pair of young Starfleet cadets by editor Jan Beckwith. The first of the stories describes Kirk's first encounter with one of the pair when she is eight years old. The second piece introduces the other half of the duo when they meet at Starfleet Academy and the third details their experience with the Kobyashi Maru simulation. I suppose you might call these Mary Sue stories, but I usually don't like Mary Sues, and I liked these, so you can take it for what it's worth. I'm just waiting to see what else this new twosome gets into. [2] 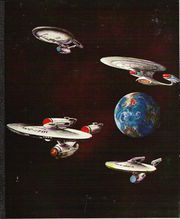 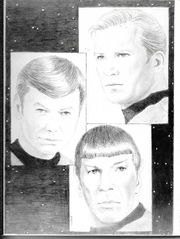 front cover of issue #3, Chris Soto (the back cover is identical to the one for issue #1) 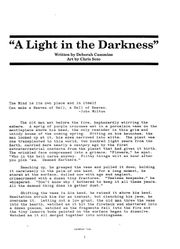 sample text, title page for A Light in the Darkness

LoneStar Trek 3 was published in March 1991 and has 200 pages. Artwork by Chris Soto, Brett Barham, and Christine Myers. Cover art by Chris Soto

See reactions and reviews for the slash version of A Light in the Darkness.

[zine]: This is mainly a Classic Trek genzine, containing 3 longer and 3 very short stories. A Light in the Darkness, by Deborah Cummins, has Kirk and Spock trapped by a forest fire. Their commitment and caring brings hope to an embittered recluse, but McCoy can only wait helplessly for news of their fate. Freeze and Thaw by Laurie D. Haynea has the unusual combination of Kirk and Sarek on a diplomatic mission to the Kzinti when an explosion traps them with the planet's ruler and his pregnant wife. Both Sarek and the Kzinti learn something from the experience. The Web has the Enterprise trapped by an alien vessel, aiong with Starships from many races, some previously unknown. Kirk, Spock and McCoy are taken to the alien vessel for examination; there they meet 'specimens' from the other trapped ships, including Klingons, and others whose very sentience is in doubt. It requires co-operation by beings who can barely communicate to win free. I especially enjoyed the portrayal of the Zaran, and Kirk's reaction to such an unusual life form. These are the Classic Trek stories, and contain the hurt/comfort elements in varying degrees. They are what I would rate as the best type of Trek story - and the relationship is just what Janet would enjoy. The zine is worth buying for these alone.

The Button by Jan Meek, is the first of the very short TNG stories, and has Wesley discovering the reason for an apparently useless button in the rec room. Given the explanation, I would have expected it to have a more prominent position on the ship, but it's a nice idea. Bitter Words by CarolMel Ambassador has Riker comforting Deanna Troi after real's departure, and casts light on their past and present relationship. The Sentinel by Jan Meek is a two-page vignette dealing with the author's own characters set on another ship in Starfleet. The zine has an excellent Kirk/Spock/McCoy cover by Chris Soto, and internal illos by Brett Barham. It is well produced, with -good clear printing and an attractive layout.

Basically I tend to prefer not to mix Classic Trek and TNG in the same zine, but here the TNG stories only take up 13 pages out of 199, so unless you dislike all mention of TNG, I don't think it harms the value. I would certainly recommend this zine to Classic Trek fans who enjoy good relationship and interesting characters. [3]

[zine]: Lonestar Trek 3 is a very good read. There's an 84 page story which I loved by Debbie Cummins. The title is "A Light in the Darkness," and it concerns Kirk and Spock caught in a forest fire.

"Freeze and Thaw," by Laurie Haynes, has Sarek and Kirk on a mission. I enjoyed this story.

But I really loved the Sharon Pillsbury story called "The Web." It's 85 pages of Kirk, Spock, and McCoy captured by an alien race along with other strange and wonderfully fascinating aliens. [4] 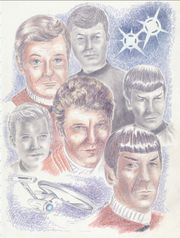 front cover of issue #4, Kay Wells (back cover is identical to issue #1)

At long last, here is LoneStar Trek #4. We would have liked to have been out in September, but it just wasn't possible. Anyway, we think you'll find it worth the wait. You may notice the improved typeface. That's from Laurie's new laser printer. It also compresses the text more, so although there are approximately the same number of words as in LST #3, there are fewer pages and we hadn't figured on that. That means the printing cost is lower than we had planned and we had already set the price of the zine, taking into account two increases in postage. Next time, we'll charge less, assuming we have the same size zine. So far, we have some fine STN6 submissions for LoneStar Trek, but not much Classic Trek. All you writers out there, break out your typewriters, computers, word processors, etc. and send us a story!

Lone Star Trek 4, edited by and available from Laurie Haynes and Janet Meek. Extremely nice color cover by Kay Wells, reminiscent of the cover for Profiles. "The Tie That Binds" by Syck and Rottler is a standard tear-jerker hurt-comfort with a good twist to it. "The Abduction" is an extremely good story; Spock and Kirk find themselves working the mines on a Romulan prison planet. Good action/adventure yarn. "The Vice-Versa Affair" is the weak piece in this issue; Kirk trades bodies with an old girlfriend and their respective starships drift into the Romulan Neutral Zone. Although it certainly has its moments, the story unfortunately came off as contrived and it just didn't interest me. "To Soar No More" is the ST:TNG entry into an otherwise all Classic zine (and I'm not a fan of mixing the two shows in the same fanzine) is a strong Riker piece. Finally, "Come Away Home" is a short item about a crew-person transferring from the Enterprise, which comes off as a good short idea. The art ranges from average to excellent. Kay Wells draws some good portraits, except her Kirks are a bit "off at times, and one piece seems to have suffered bad reproduction. Christine Myers gives a handful of very good and excellent items; page 105 is easily my favorite piece in the whole zine. Brett Barham provides some uneven pieces, from the average to quite good—most notably his first Riker entry is very pleasing. Barham certainly gets plenty of extra credit for providing some actual illustrations, rather than just portraitures. Overall, Lonestar Trek 4 is certainly worth the $$$$, especially for those into hurt/comfort, it is a must. [6] 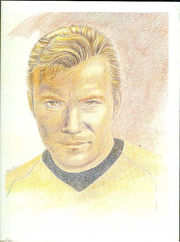 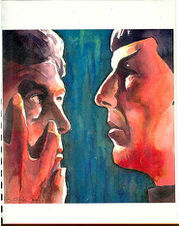 From the editorial: "Jan (Janet Meek, I assume) was really thrilled to find Joanne Seward's touching vignette "Final Legacy" , incorporating a couple of Jan's favorite creations. Joanne, Judy Steincamp and Carolyn Milbrath all have wonderful stories here which are sure to satisfy those cravings you've been having for good old Classic Trek." 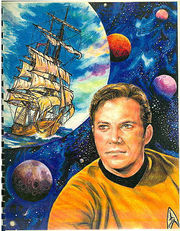 cover of issue #7, Chris Myers -- from the zine's editorial: "The word magnificent barely begins to describe the color cover by Chris Myers (one of our favorite perennial contributors) - which as we understand it may be a first for her in terms of color cover art. Chris' home and collectibles took a nasty beating in the big LA earthquake last year, but she (literally) picked up the pieces and went on. Thankfully, no one in her family was hurt."

LoneStar Trek 7 was published in October 1994 and has 242 pages. Cover art by Chris Myers. Interior art by Brett Barham and while the table of contents says that the art for "Of One Mind" is by Judy Dugas, it is credited to the author.

We're going to take a little hiatus, now, as we are both sick and tired of being sick (sic) and tired. We would still like to have any submissions, but bear in mind, we wont go to press again until January 1996. Until then, folks, it's been fun. See you around the galaxy.