Input is a gen Blake's 7 anthology published in Canada. It has the subtitle: "An International Blake's 7 Fanzine."

There are four issues.

A good Canadian B7 zine, alas only four issues were done. Talent from all over the world.[1]

This zine has even more of an international flavor than most B7 zines, as indicated by the contributor bios in the back of each issue, which are marked with appropriate flags -- 4 to 5 per issue!

I especially like the stories in script form by Rebecca Reeves, and the newscasts in #3; the dry, deadpan humor of the stories by Ros Williams; the graphic story by Tim Pieraccini in #4; and "Circle of Life," also in #4. "Contagion" is another of Lorna's very grim stories. "Nothing Ever Goes as Planned" could have been in "Roads Not Taken", as it's an alternate Terminal. Hmm, I guess #4 is my favorite issue!

For Gan fans, the Sheila Paulson PGP story in #4 is strongly recommended, as is the story by David Hume in #1. And for Tarrant fans, there's wonderful angst in "Guardian Angel" (again, in #4). In fact, one of the special points of the zine is that it has a good balance in terms of the characters represented.

Also noteworthy are the interviews with the actors.

The long series by J. Kel continues in Dark Between the Stars. I have mixed feelings about this one; I kind of like it (and some of my friends are enthusiastic about it), but I wish it had been more heavily edited. I'd love to sic Judith on it! It also strikes me as being sufficiently far removed from the aired canon that it might not be all that difficult to "file off the serial numbers" and market it as a pro SF novel; I wonder whether the author has ever considered that? [2]

In Rebecca Reeves' zine Input: a fascinating, exciting and well-written PGP, title I forget. Was the writer J. Kel? Rebecca hasn't been able to issue the zine for a while and I still haven't seen the end of this story which is supposed to have since appeared elsewhere and I keep meaning to get hold of it. Avon involved in politics, ambassador for Servalan and trying to break free of her to pursue his own ideals, a clever and imaginative adventure. If the writer is reading this letterzine and can tell me where the finale of the story is, I would be pleased to get it! [3] [4] 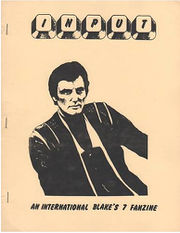 Overall the standard of writing is good, the stories imaginative and largely devoid of cliche. Some feature non-regular characters quite prominently. A long story by David E. Hume "Ring of Light and Secrets" features Gan and Vila, but principally Gan. An interesting story but the ending is perhaps a bit contrived. There is a good short Avon/Vila story "Trap" by Debra Bruce, and a well-maintained comic story "Oh Hell, it's Avon" by Rebecca Reeves. Other stories are by Ros Williams and Paul Delaney.

This edition of Input is not one of my absolute favourites but only because I prefer a more substantial hurt/comfort content; it is a thought-provoking and individual zine, well worth reading. [5] 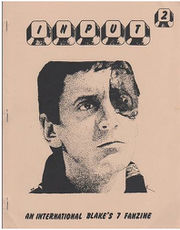 [Waiting]: Blakes7, notoriously, is a Novel Without Heroes, where the protagonists are morally ambiguous to one degree or another: a Terrorists and Criminal Team v. Minions of Tyranny matchup. This story, first published in the zine INPUT #2 in 1989, is now part of the Bang and Blame PGP archive. In this twisty and thought-provoking story, Avon and Vila have survived GP, the others haven't, and, as in so many PGPs, they're on the run. They turn the tables on the Federation officer guarding them (who isn't quite who he appears to be); there's only one gun, but Vila has it...but Avon has a knife....but Sleer is arriving...but Avon and Vila know who she is...and then there are those rebels....Vila doesn't exactly Save the Day, because it's past saving, but he does get sort of an apology for Malodaar (for what it's worth at this point), and sort of a demonstration about how it happened. Every plot twist is an essay question about how to survive in a world where Last Guys Don't Finish Nice--and about the value of survival as well as whether it's possible. [6] 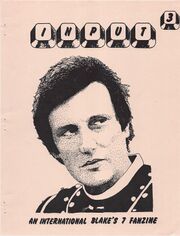 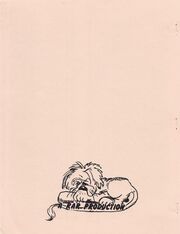 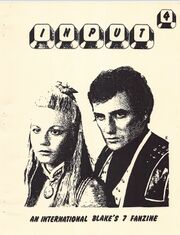 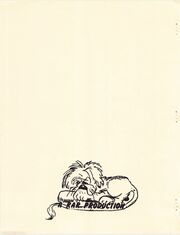