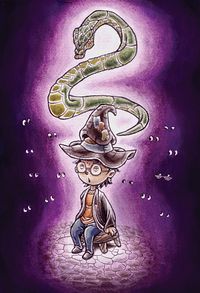 Sorting Hat by Bakke with watercolors by Fante. Illustration of Philosopher's Stone, Chapter 7: Harry is terrified that the sorting hat will put him in Slytherin. 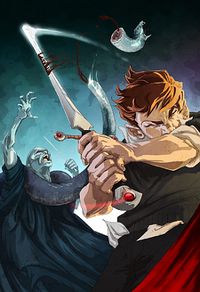 The idea for the project was initially conceived by bzzinglikeneon, and its coordination was later passed over to mawaridi. ani_bester ultimately took over the project.

The completed art book was shipped to Rowling in December 2013.[2]

See also List of Assignments for other participating artists.

Order of the Phoenix