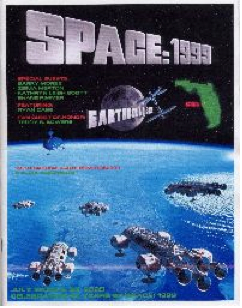 This convention was held in conjunction with the Stone Hill Science Fiction Association. The con was chaired by Ellen Celeste Lindow and staffers included Robert E. Wood, Anthony Wynn, Michael Lindow and Charlene Scott. There were approximately 175 attendees.

Special events included a Banquet with the Stars celebrating the 30th anniversary of Space: 1999. A large birthday cake was served to attendees and the Happy Birthday song was sung to the show. Morse also made a special toast to all the fans in attendance, rephrasing his famous words from the episode Black Sun: "To everything that was; To everything yet to be".

The charity zine Everything Yet To Be debuted at the con. The con charity was The Parkinson Foundation. Donation: $2,550.

Special guest Shane Rimmer suffered a heart attack during the convention and was rushed to the hospital by con chair Ellen Celeste Lindow and Charlene Scott. Rimmer had stents placed in his coronary arteries and returned home to the UK a few days after the procedure. The event occurred on the last day of the con and the situation was withheld from attendees.

The con program contains 28 pages, has a cover by Ken Scott, filmographies of guests, notable quotes from the show, and features art by Emilio Sanchez.