Duet is a slash Due South anthology focusing on the Fraser/Kowalski relationship. 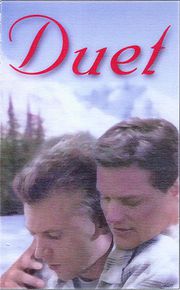 Duet 1 was published in 2002 and is over 300 pages digest sized. Colour and black and white art by Eugenie Chua and Killa.

I have *missed* this story. *siiiiigh* You never forget a fandom you have loved. [1]

Man, that zine was GOLD, though, right? - every other story in there was by someone amazing... Yay for old loves brought back to light [2] 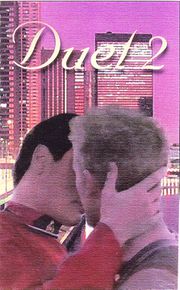 Duet 2 was published in 2002 and contains 306 pages. It is digest-sized. Colour and black and white art by Eugenie Chua and Killa.