Alassenya is a fan involved in the Lord of the Rings, Stargate: Atlantis and Hawaii Five-0 fandoms. Her fiction is hosted at AO3. 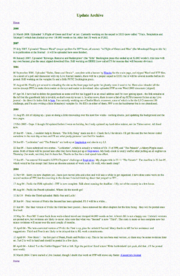 Although a long-term reader of science fiction and fantasy, and a fervant fan of the original Star Wars films, she didn't become active in fandom until she saw "The Two Towers". After a few months of reading elfslash she wrote a story of her own, entitled "Hot Summer Nights" (now chapter two of "Pride, Passion and Prejudice") which was posted to the Library of Moria under the pen-name Tar-Ohtarwen.

After changing her pen-name to Alassenya, she posted to various Yahoo groups and opened a GeoCities site, where Feasts, Feuds and Frolics, her first multi-chapter piece, was posted in 2004. Subsequent works were first posted to LiveJournal and then uploaded to the website on completion. In 2009 the site became part of OTW's GeoCities Rescue Project.

Alassenya maintained a links and recs page on her GeoCities site. Most links are from early 2004; the page was last updated in August 2006 with a note that many of the links were no longer active (as of 2013, almost all the author links are dead). Links included: 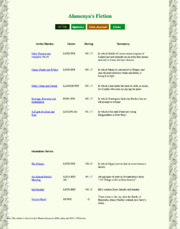