AFAIK, those would all be "Queen's Own" zines -- which is to say, produced by Misty's fans but not including content by Misty herself. (Pretty much all of my interaction with Queen's Own was via the online GEnie chapter; I had a slight acquaintance with a couple of the Pacific NW Collegium organizers via the filk community, but never got involved with the "live" fan organization.) --djonn 16:51, 16 March 2010 (UTC)

Just want to be sure, or at least as sure as possible... Would I call these Valdemar zines when I note their fandom? And their content is by Misty's fans based on Misty's work? Do you think they have other content that's not based on her work, too? Mrs. Potato Head 18:49, 17 March 2010 (UTC)

Any zine affiliated with Queen's Own is almost certainly a Valdemar zine. There might -- emphasis might -- also be content set in some other of Misty's worlds (probably more "Free Bards" material than "urban elves", though that's a guess), and there also might (since I think some of the QO project assignments allow for it) be original work as well. But this latter is a guess, since I've not seen the zines for myself. Also, the data on the QO Web site regarding the zines may not be especially current (considering that the site has not been updated to reflect Misty's newer position on fanfic). --djonn 19:07, 17 March 2010 (UTC)

The disclaimer you came up with was an excellent idea. I am going to use it the next time something similar comes up. Good way to preserve data but also communicate authorial wishes. --Morgandawn 23:49, 21 September 2010 (UTC)

Thanks for working on Marion Zimmer Bradley Literary Works Trust and Unauthorized Fanworks with me (and others!), djonn. It's an interesting subject. --Mrs. Potato Head 00:09, 18 February 2012 (UTC)

Thank you for adding content to Bordertown! Here is a shiny new badge as a reward for your work: 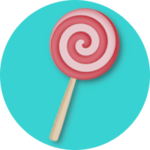 Hi Djonn, thank you very much for de-stubifying Castle/Beckett! I'm happy to send you another brand new badge: 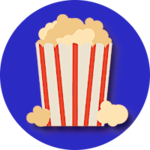