Universal Constant is a semi-annual slash K/S e-zine anthology, with the first issue published in January 2011.

From the LJ page that hosts the e-zine in which the editor explains the concept: "This zine is made up entirely of stories and artwork that focus on the universe established in the 2009 Star Trek reboot film. The works within explore the universe's vast possibilities; not one story is alike. There's pre-slash, first time, and established relationship stories; accidental bondings, birthdays, angst; Kirk and Spock as teenagers and in their old age. The zine is a true presentation of the wonderful variety that authors of K/S are capable of. And let's not forget the art! The art contributors created gorgeous pieces that capture the essence of the Kirk and Spock relationship." 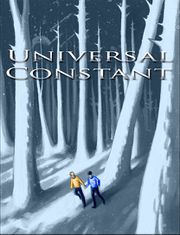 Universal Constant 2 was published in September 2011. The cover is by jou. 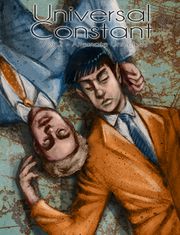